So a long time ago my wife had purchased the wrong substrate for her fish tank. It turned out to be live sand for saltwater aquariums. I said put it aside maybe I will some day have my own fish tank and that will help. Well years and years went by and sombody had mentioned the tank size for our Boa seemed small. So we looked at upgrading his tank to a larger size. Once we did that we suddenly had a 55 gallon tank laying around and suddenly this bag of sand turned up again. So with a little arm twisting i started looking into it.

I started out by looking for a bigger tank. from the reading i had done at this point I had found that going bigger was better for multiple reasons. The water parameters are easier to keep in check because it would take more of an amount of 1 thing to start throwing things off.  The other is you can have more fish and corals and such. I did not really have an idea of what i wanted to keep when i started this. The one thing i was thinking was I did not want to be the stereotypical person who throws the cast of Finding Nemo in their tank. The idea became that i would use the 55 gallon as a sump so that i could have increased water volume and hide all of my equipment inside of it.

After some searching I found a cheap tank that was totally grungy and gross on craigslist. It came with an ugly stand that was falling apart but it was cheap and serviceable. I actually have no idea how big this tank is i think throwing the h/w/l in a calculator it told me 165-175g 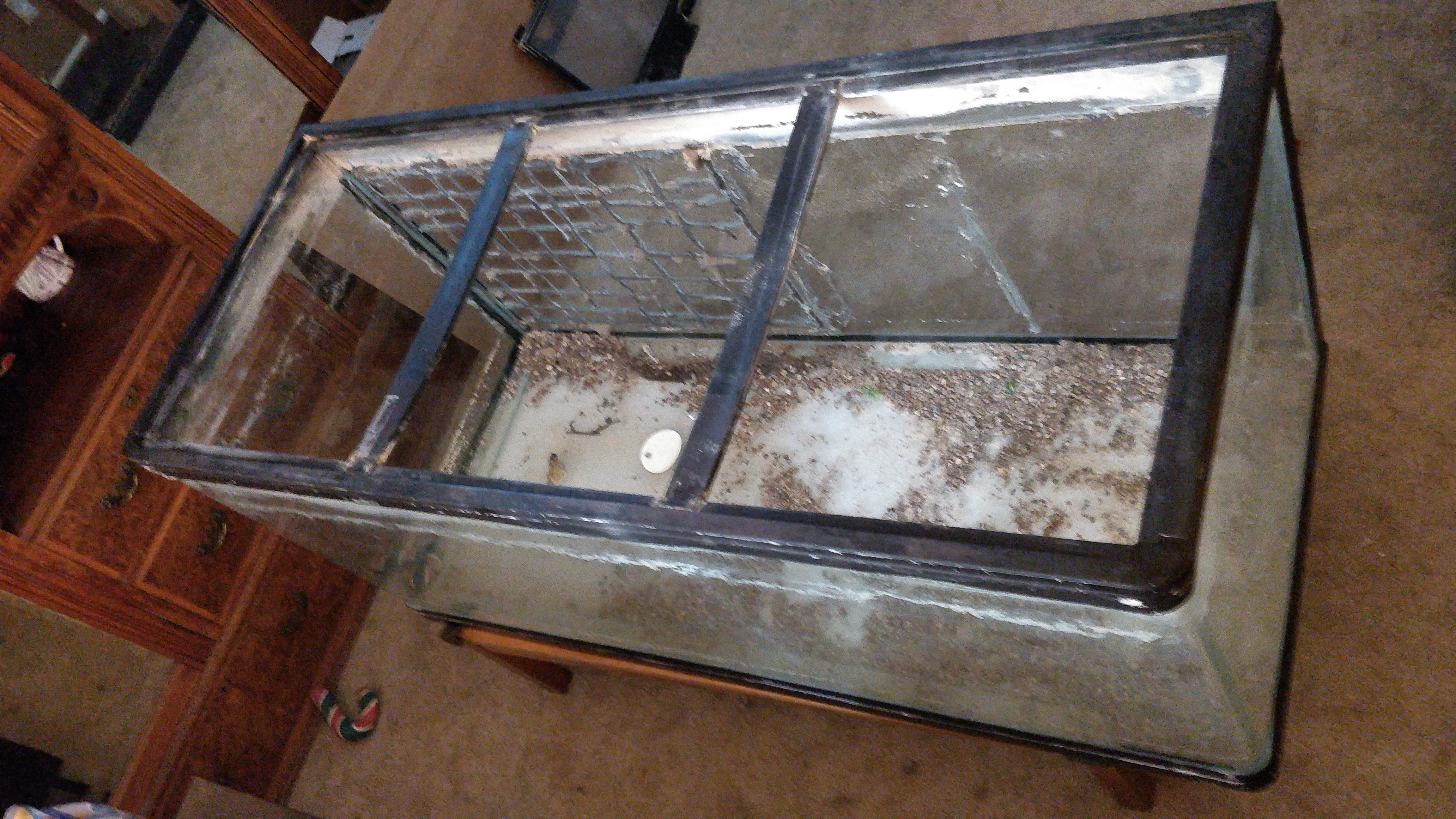 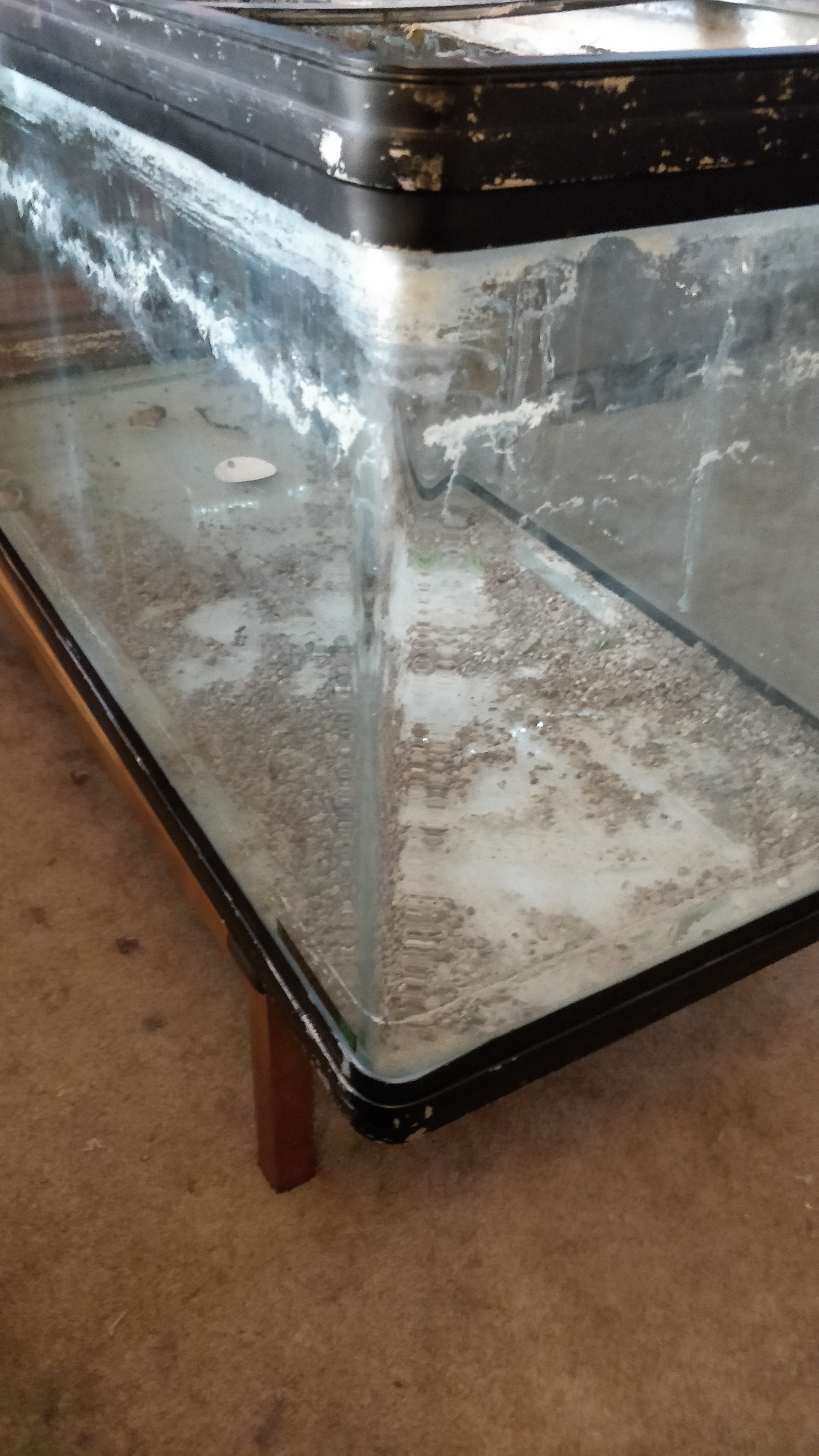 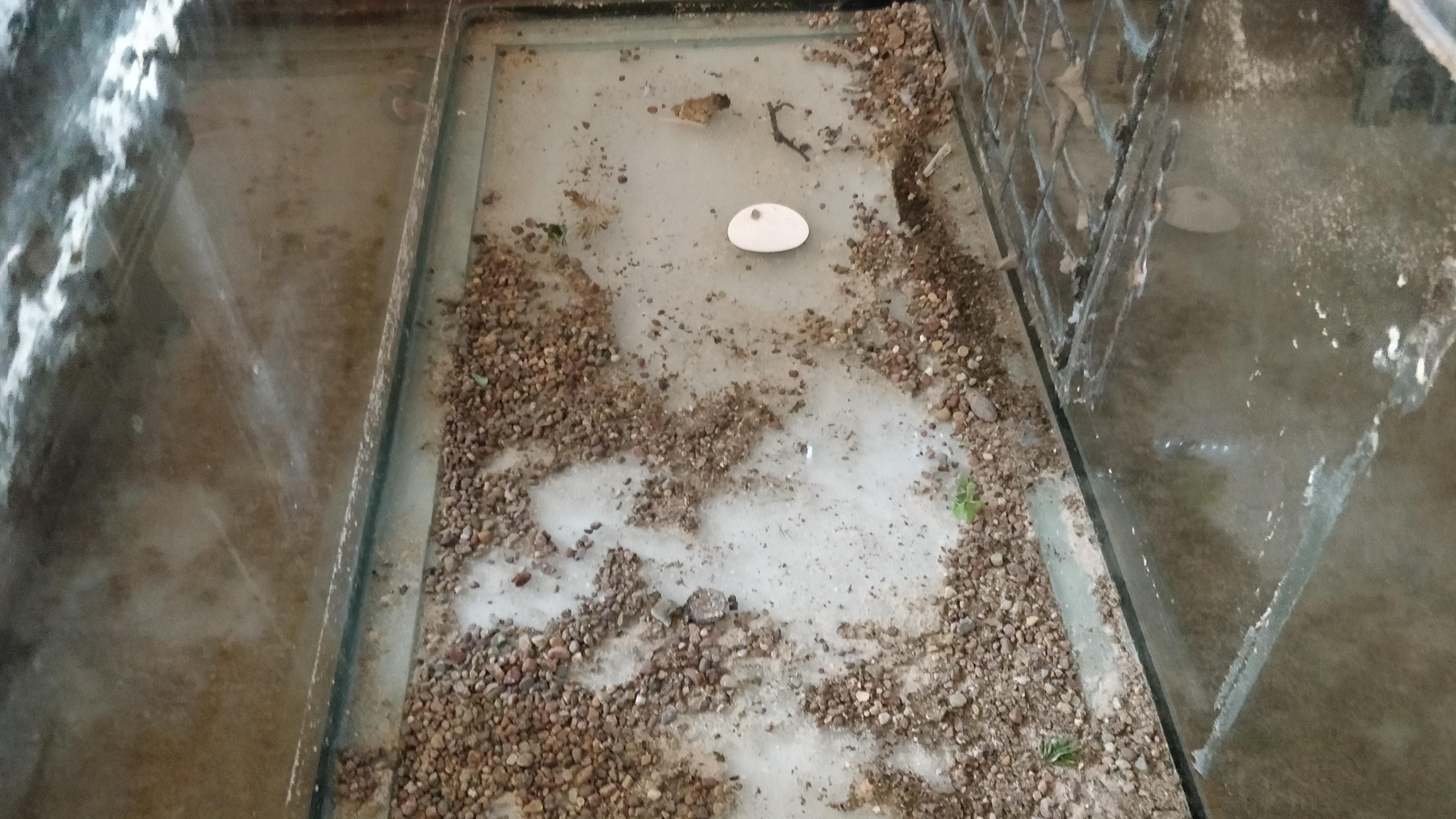 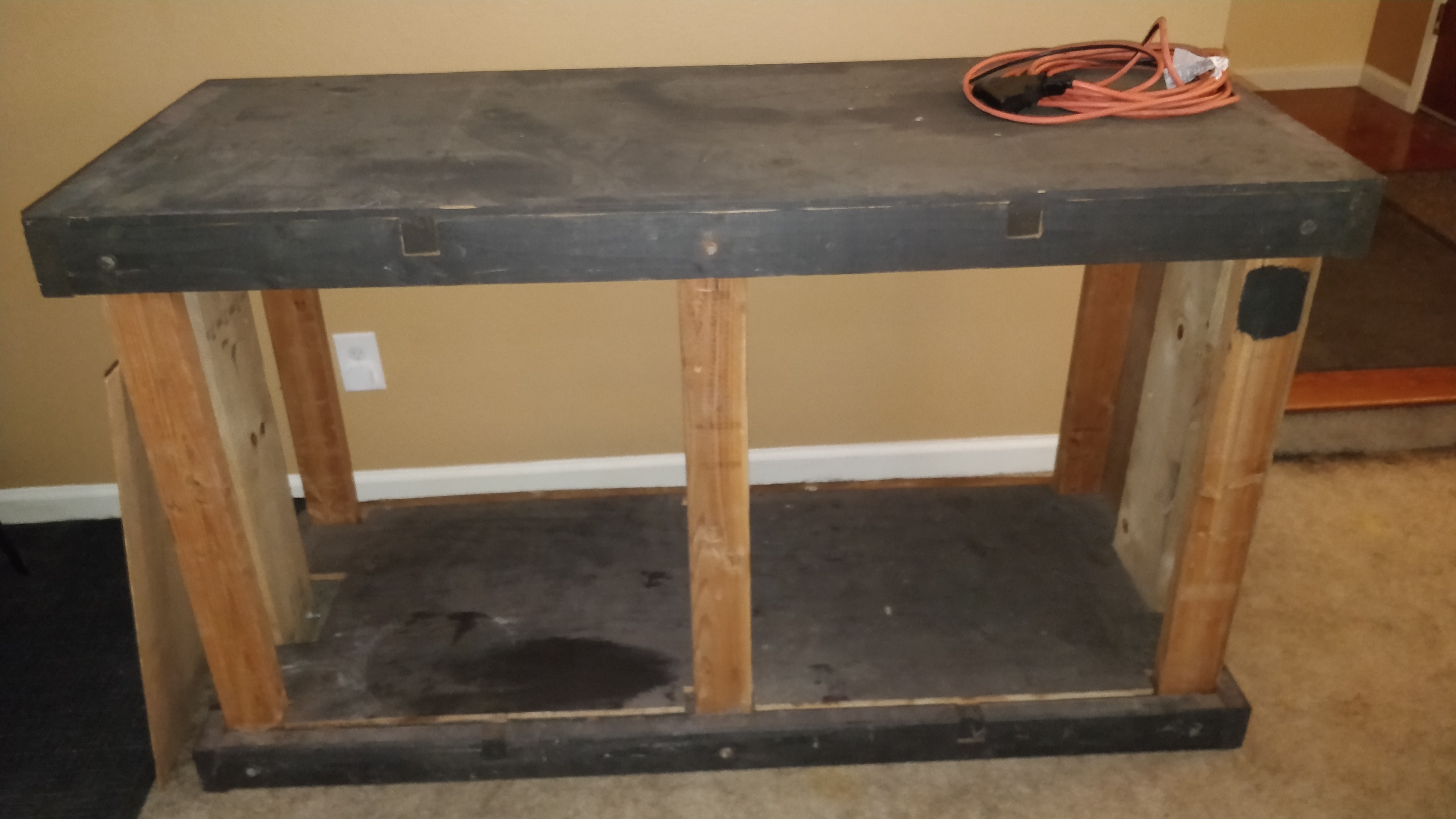 After some elbow grease I got the tank cleaned out. 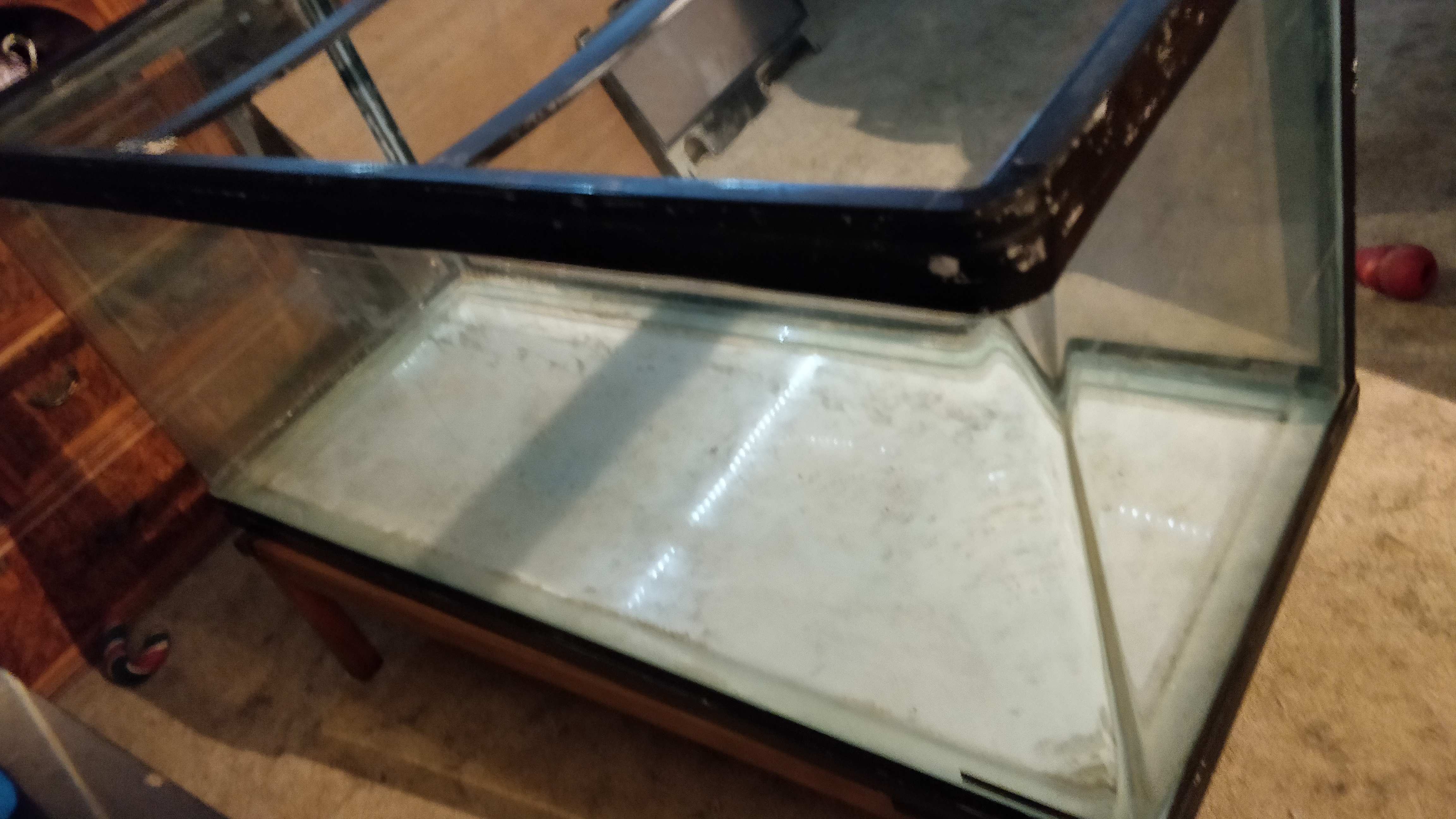 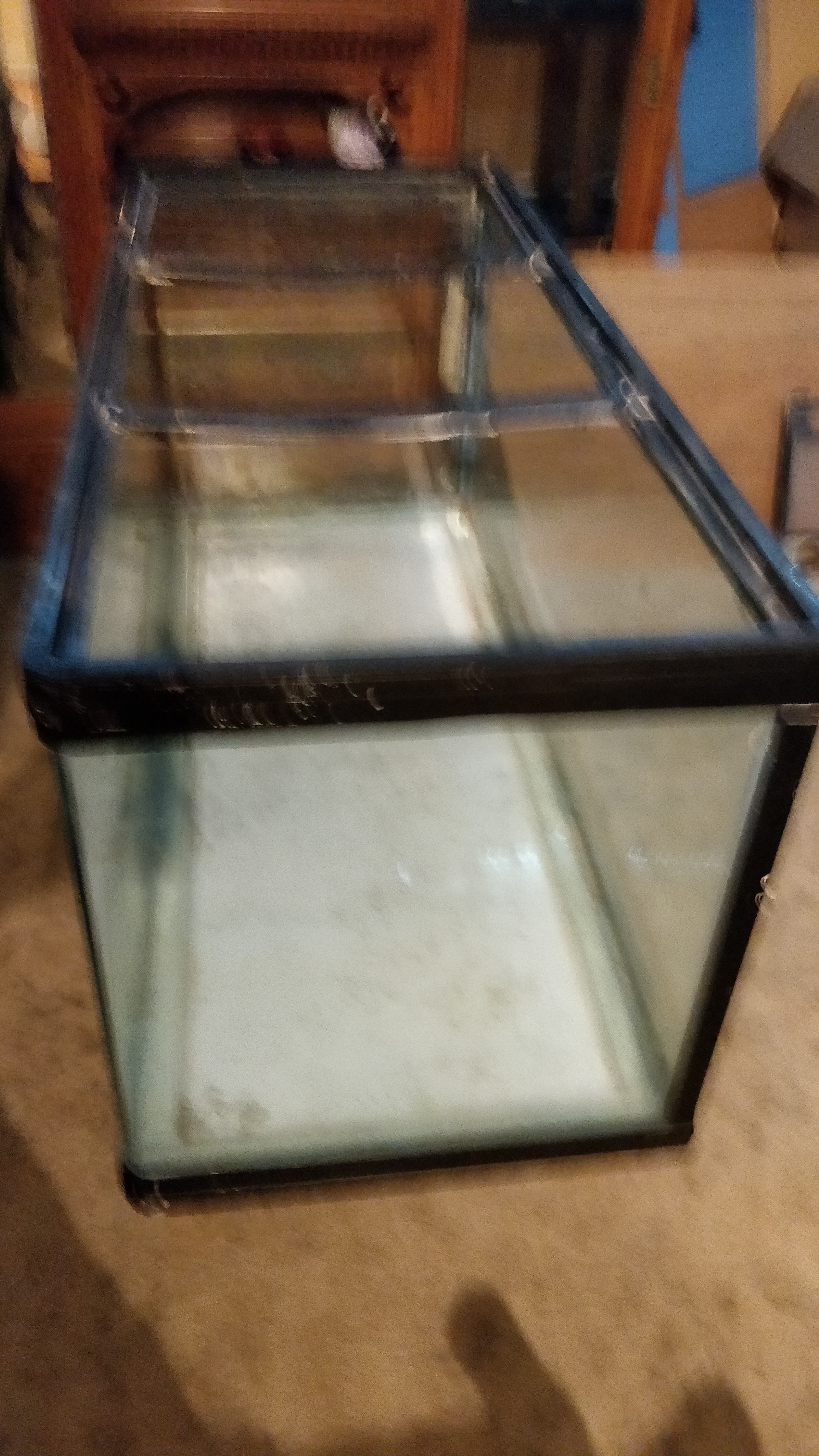 Next was to work on the stand. The bones were fine it was just ugly and the walls of the bottom were really thin. it was not setup to really have doors a wall was set to pivot but it had broken. I stripped it down and added real wood and made some doors.. 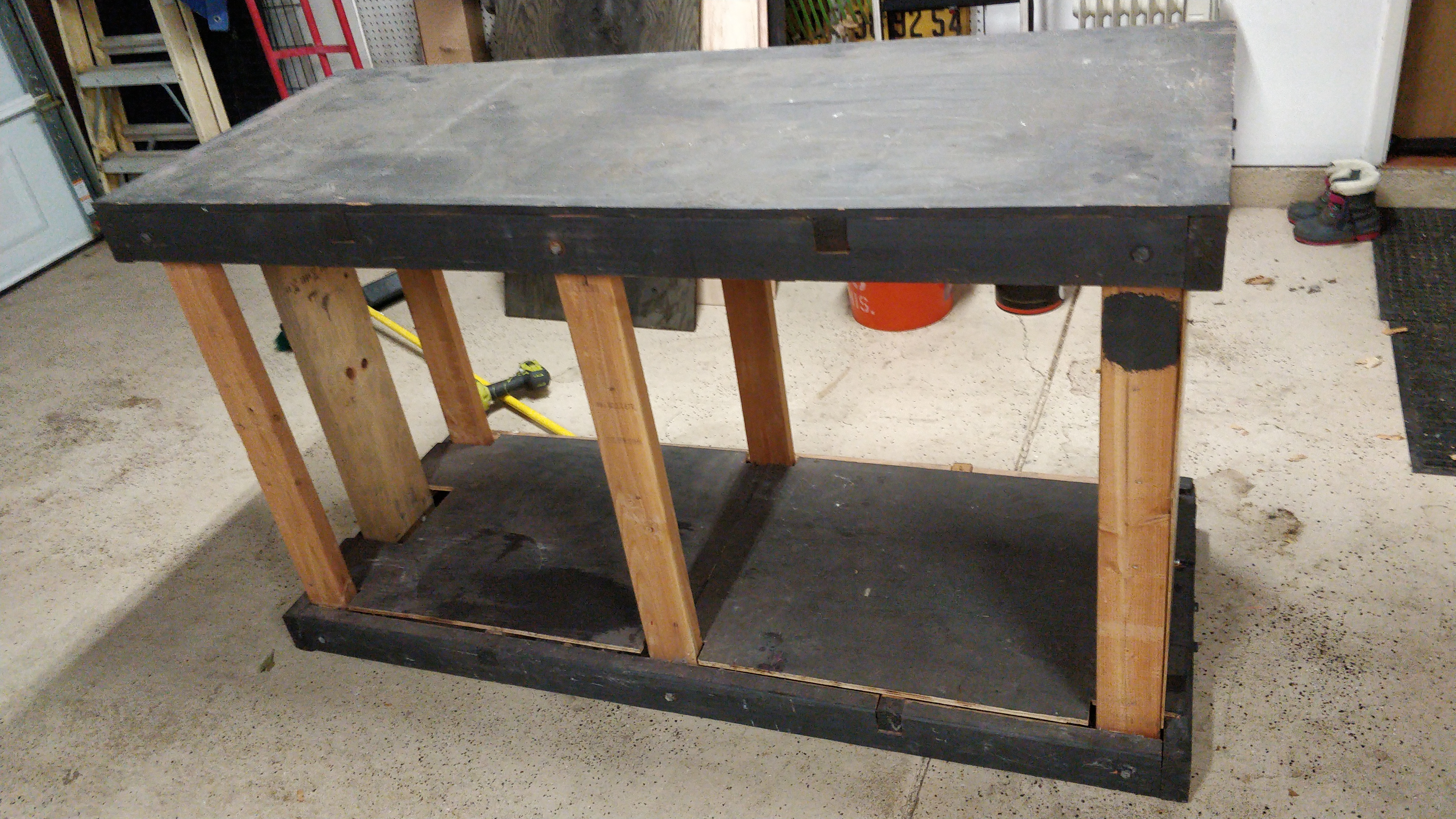 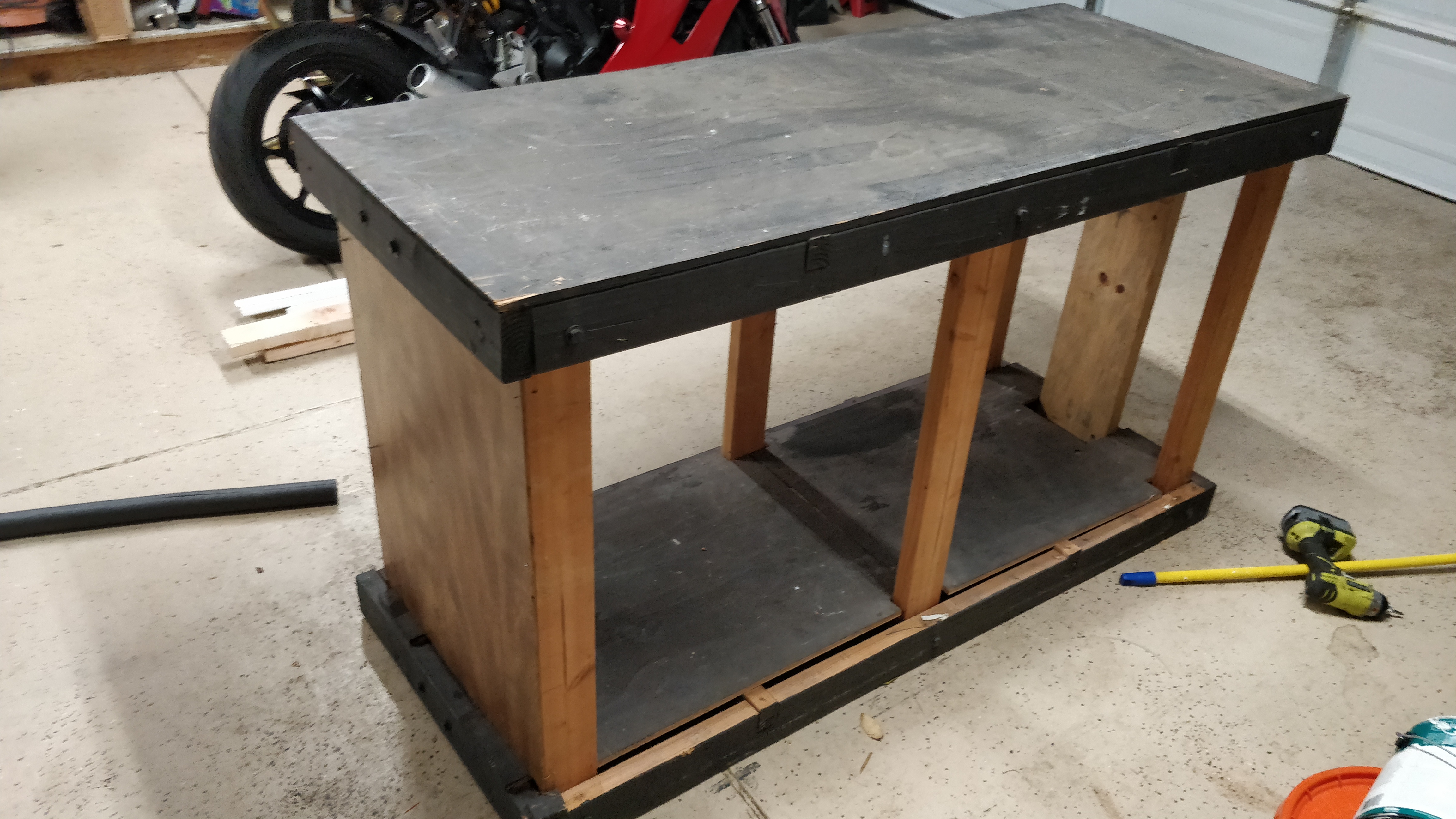 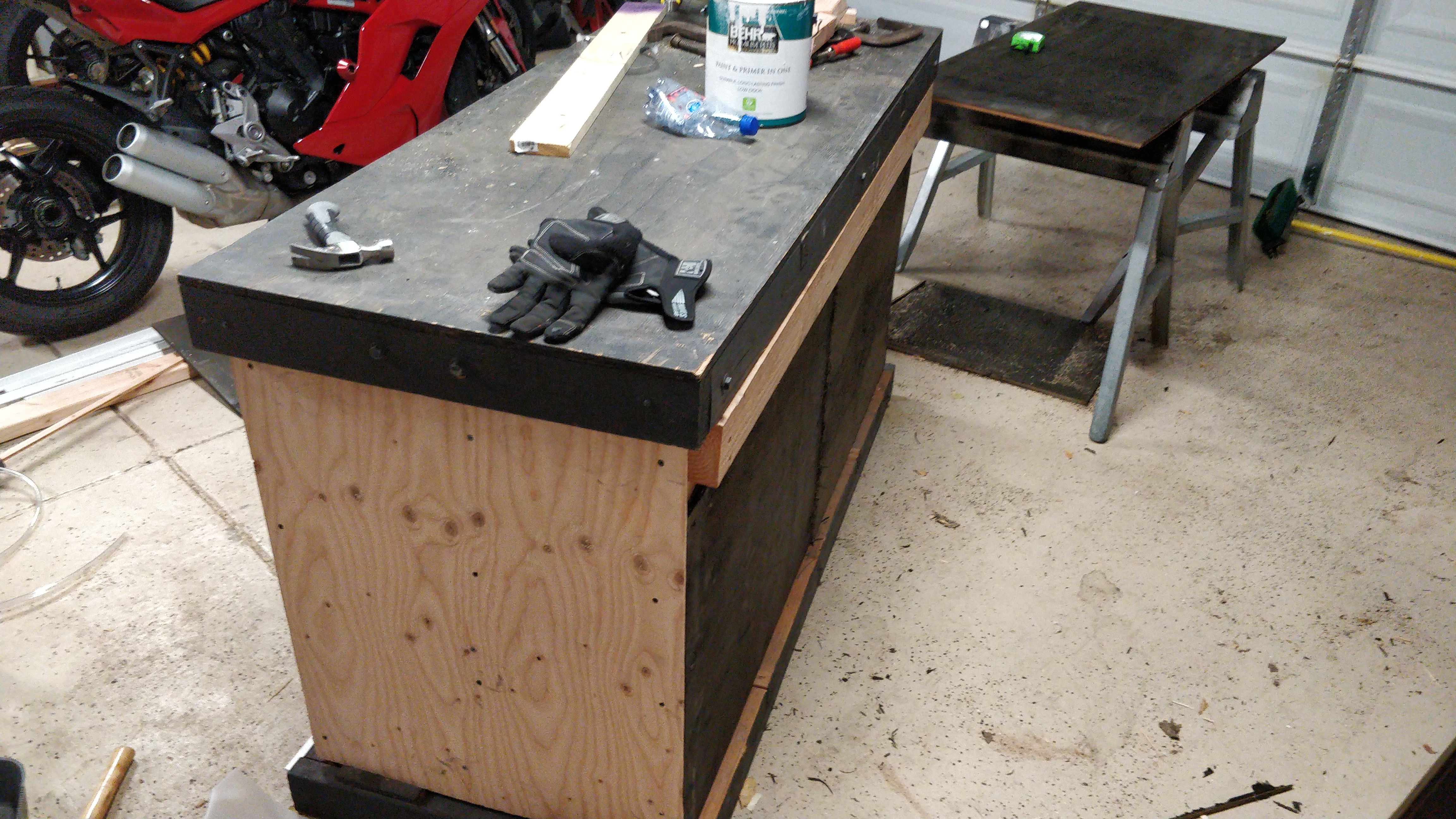 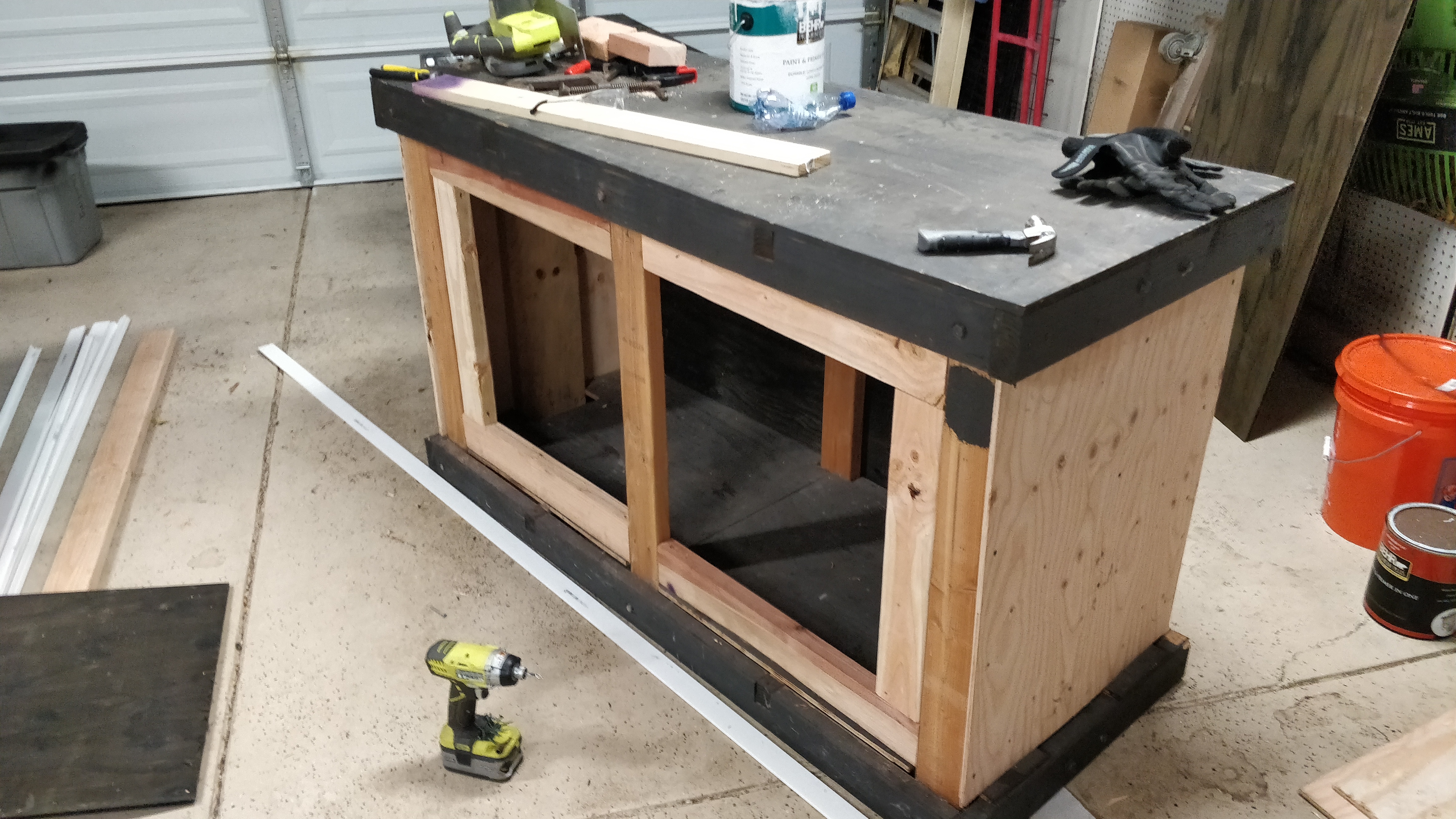 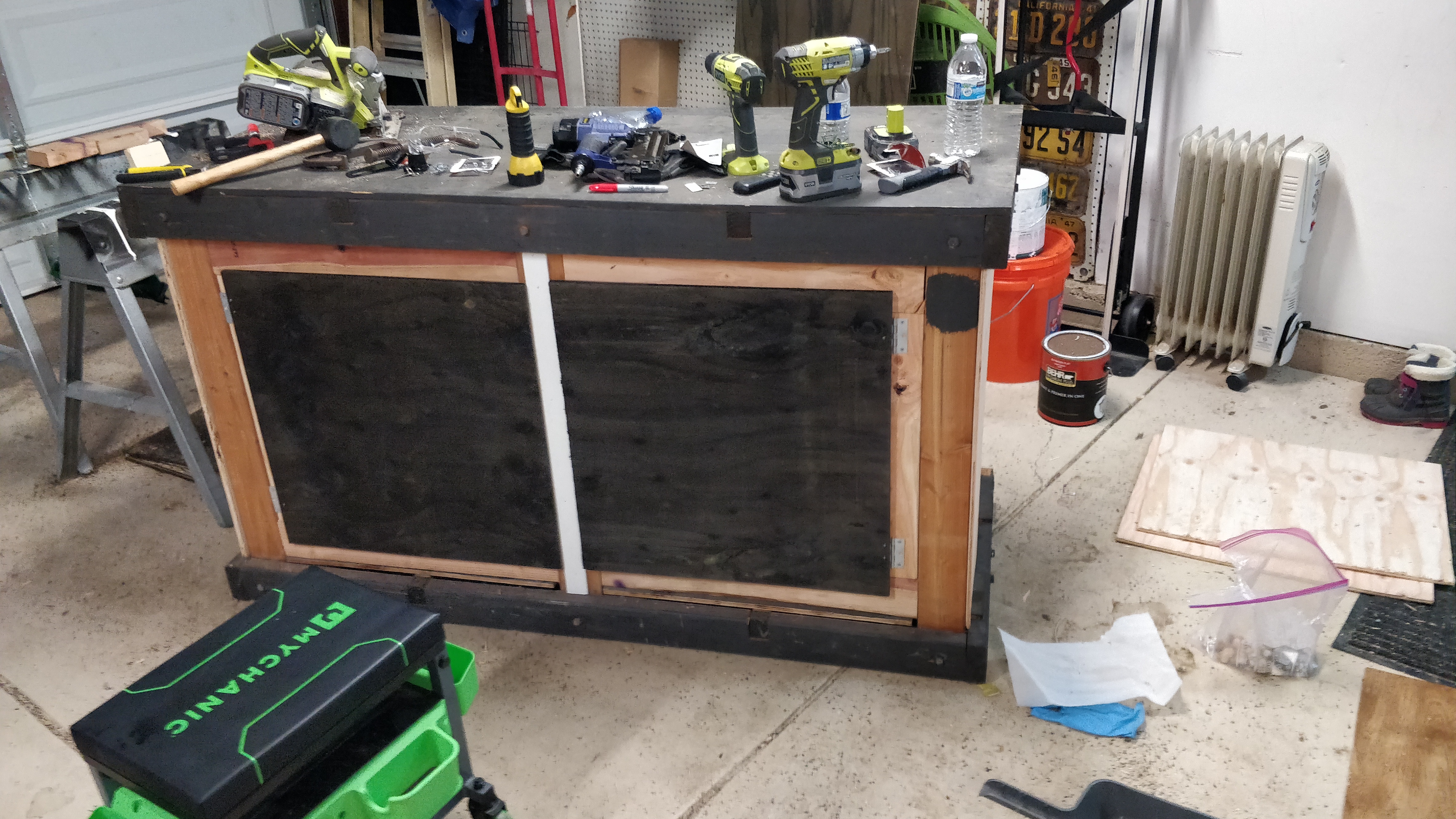 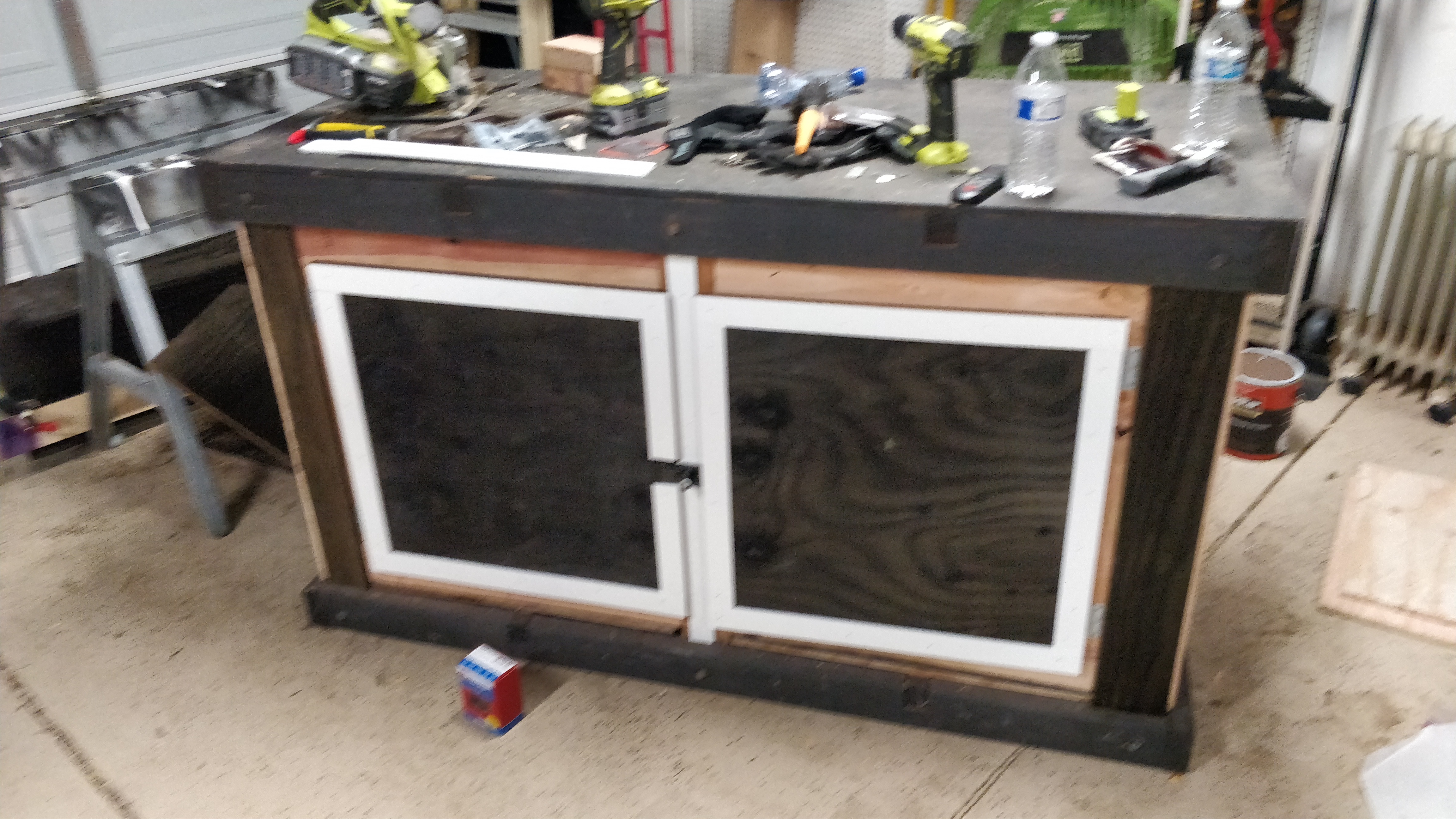 I had some ugly bolts to cover so i pulled out the 3d printer and printed some caps to glue over the bolt heads. 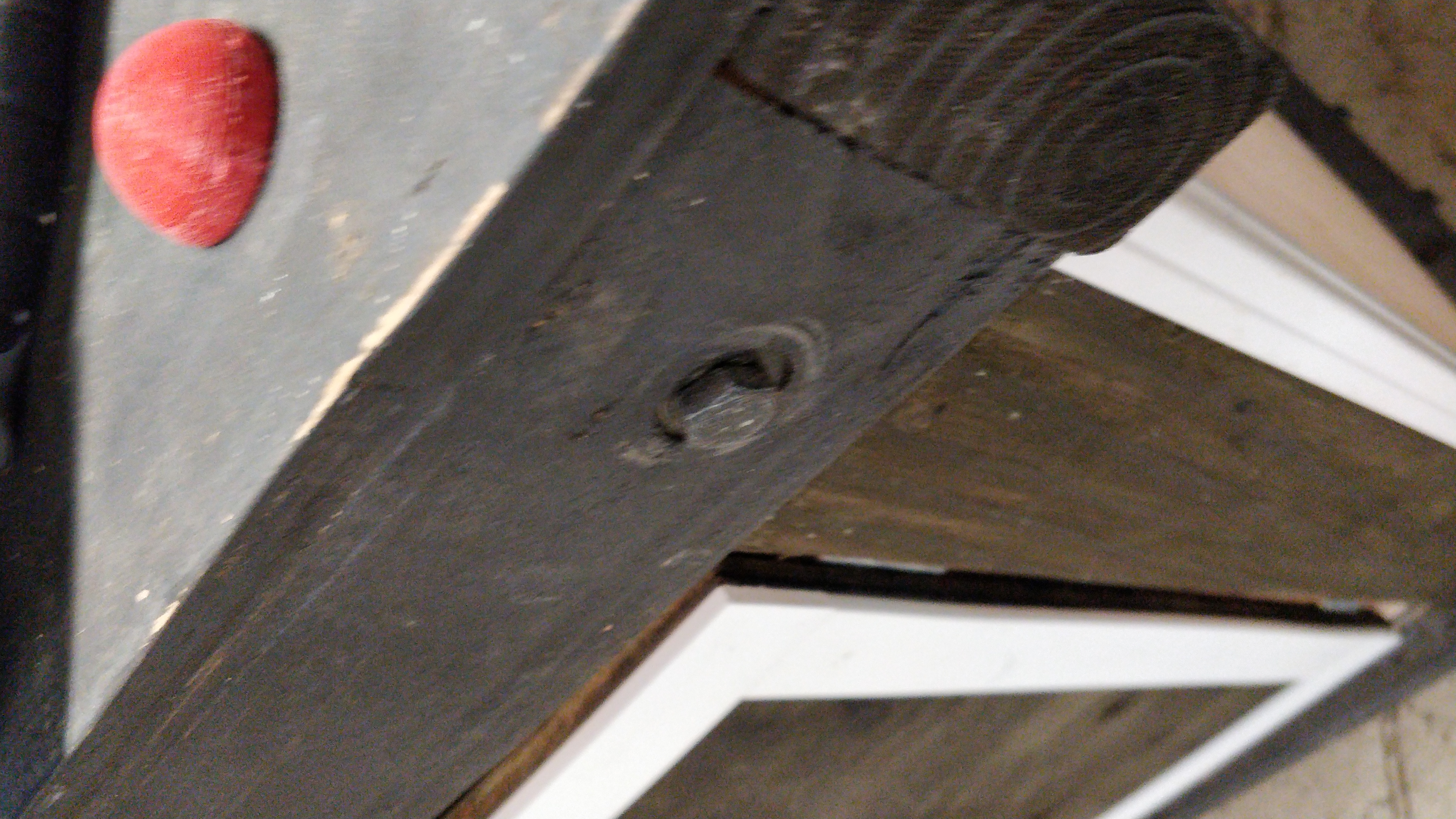 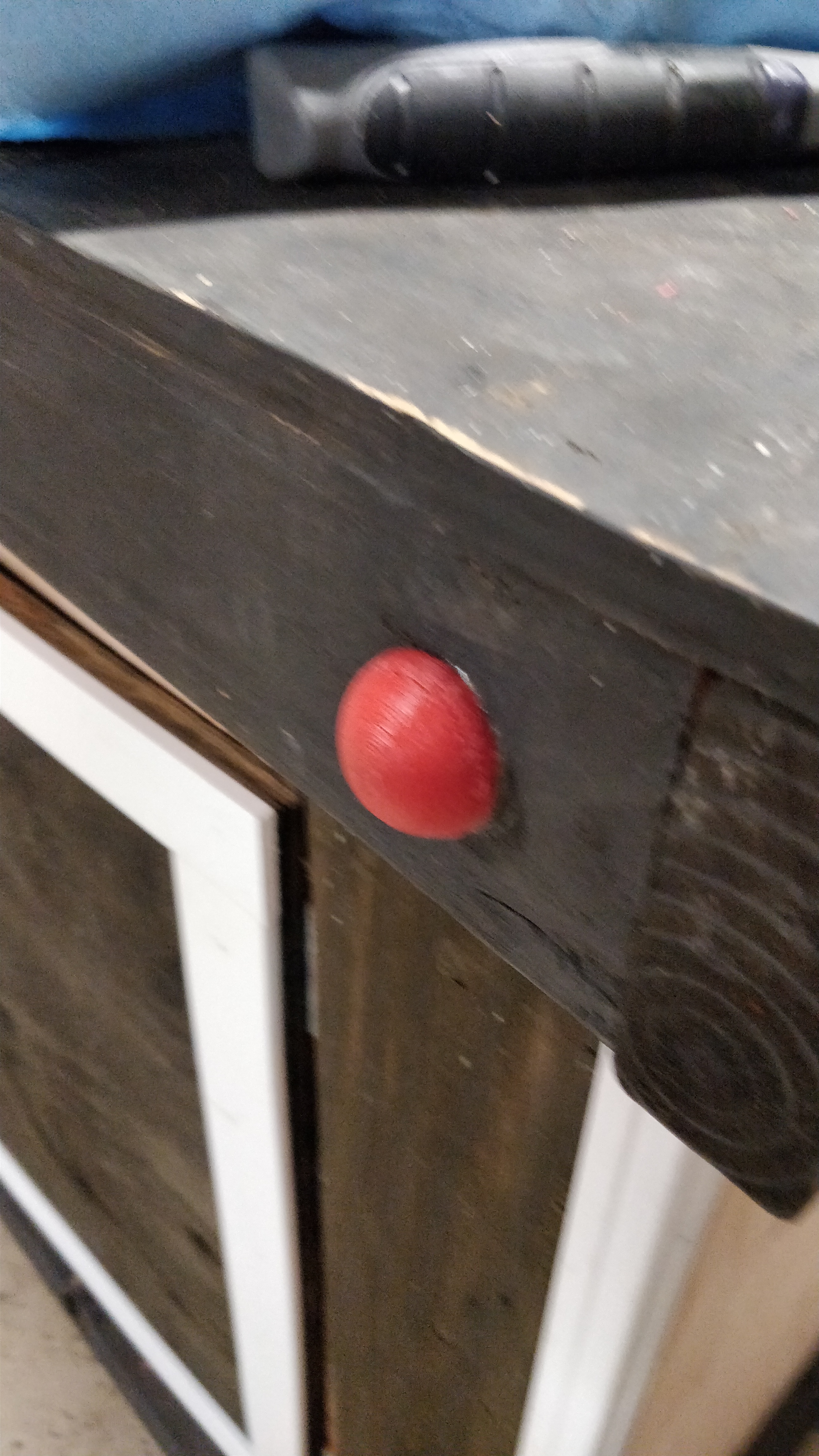 Decided to paint it all one color with some cheap (free) outdoor paint i got from home depot. 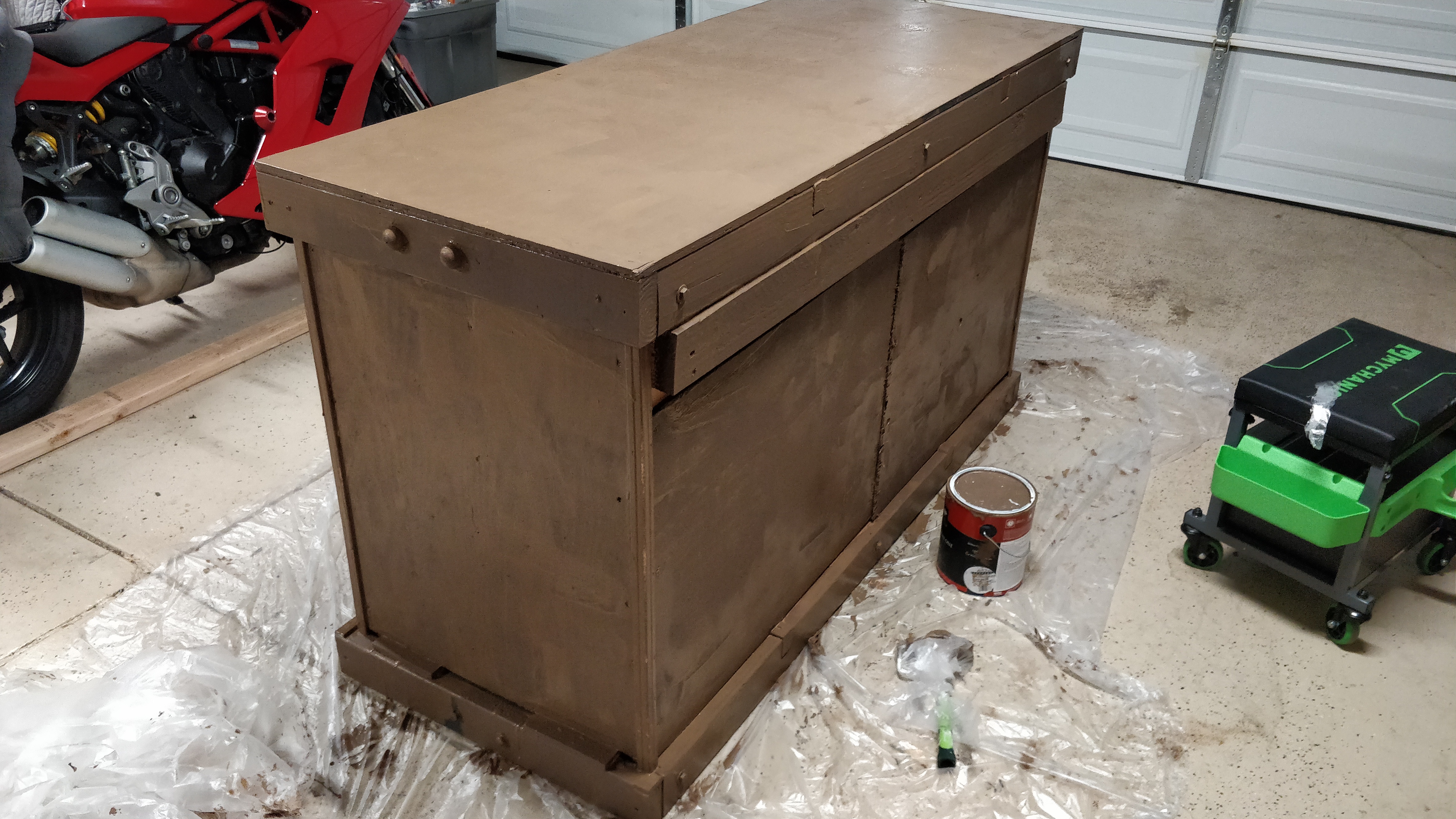 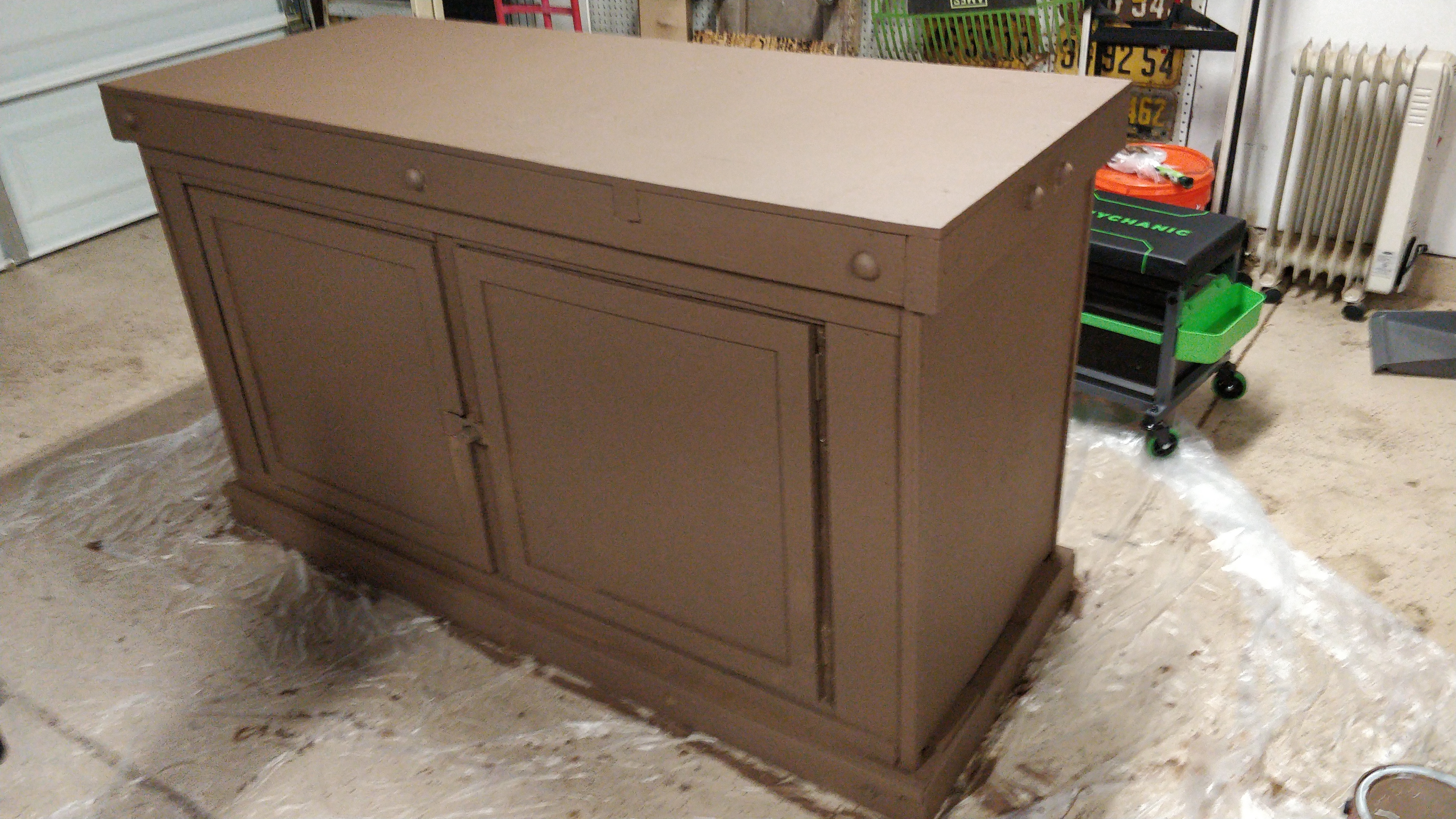 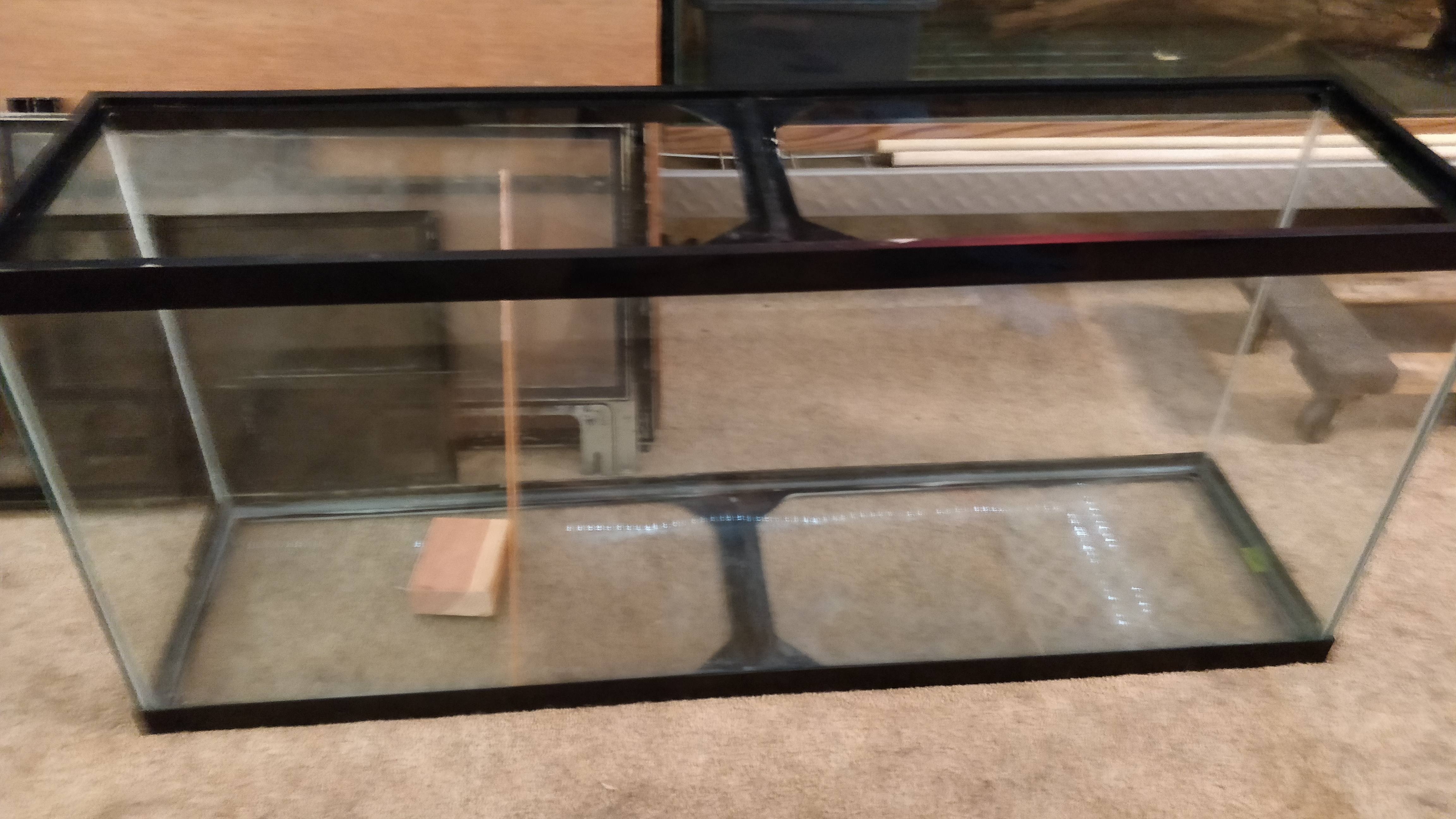 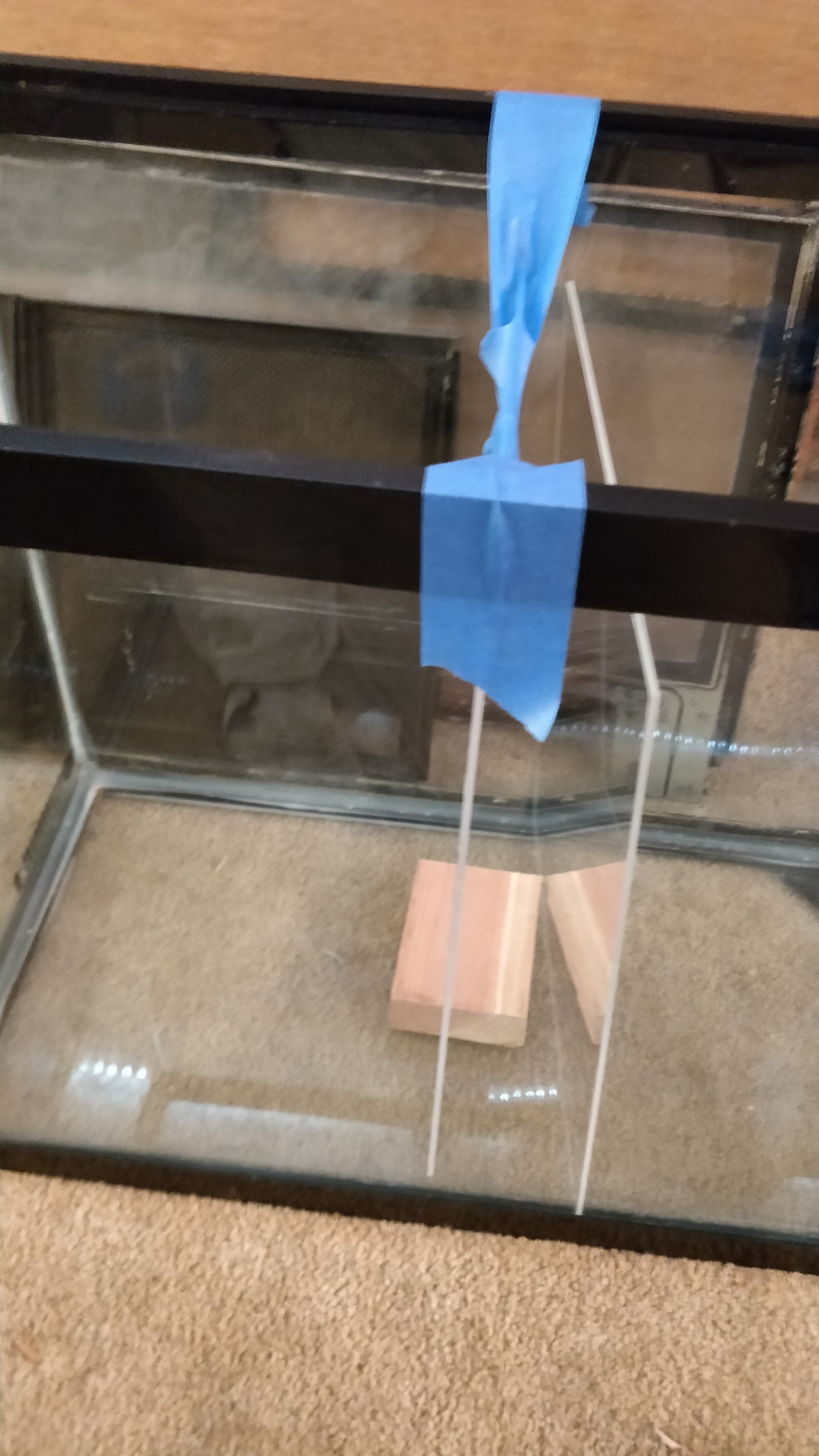 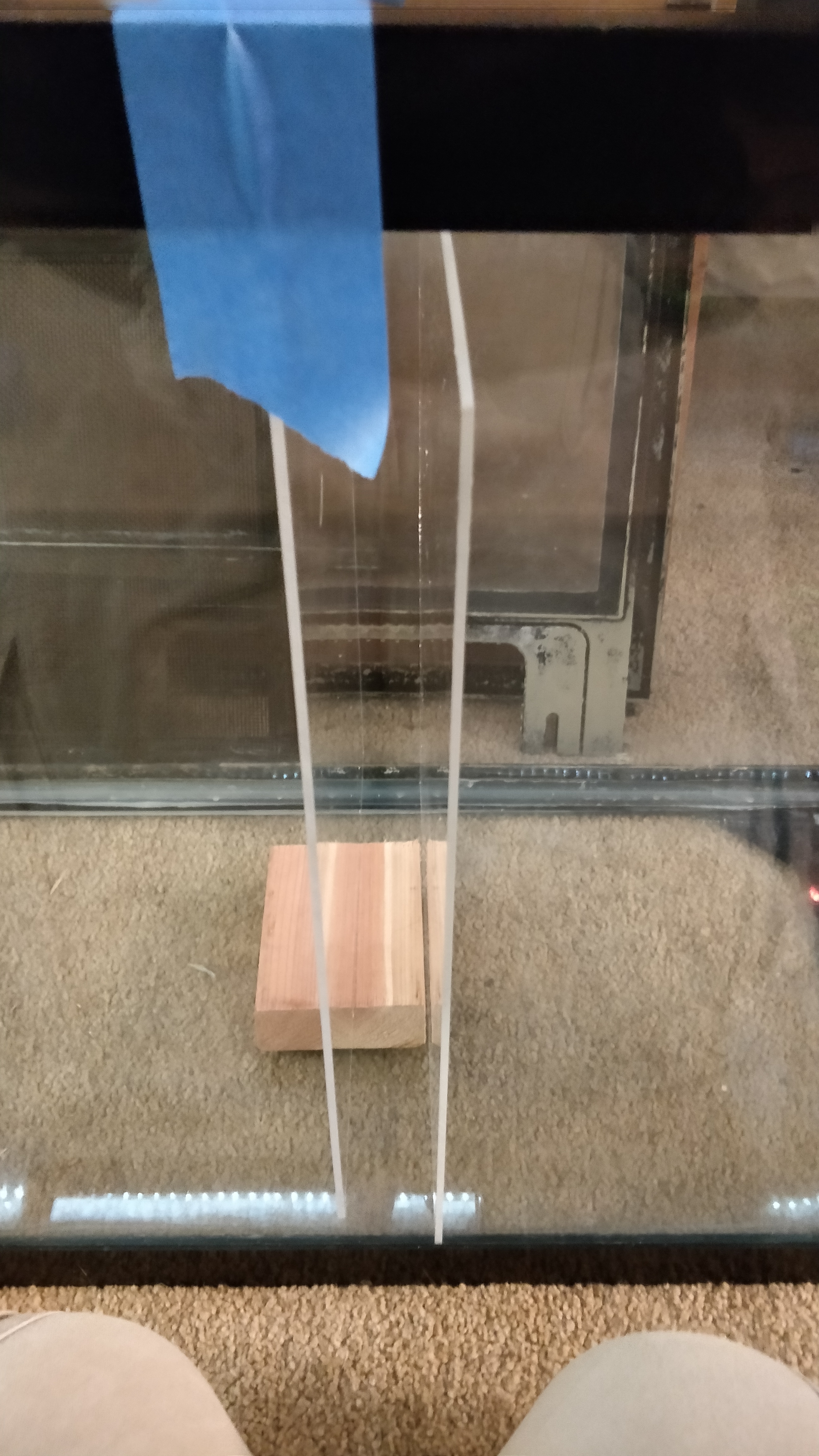 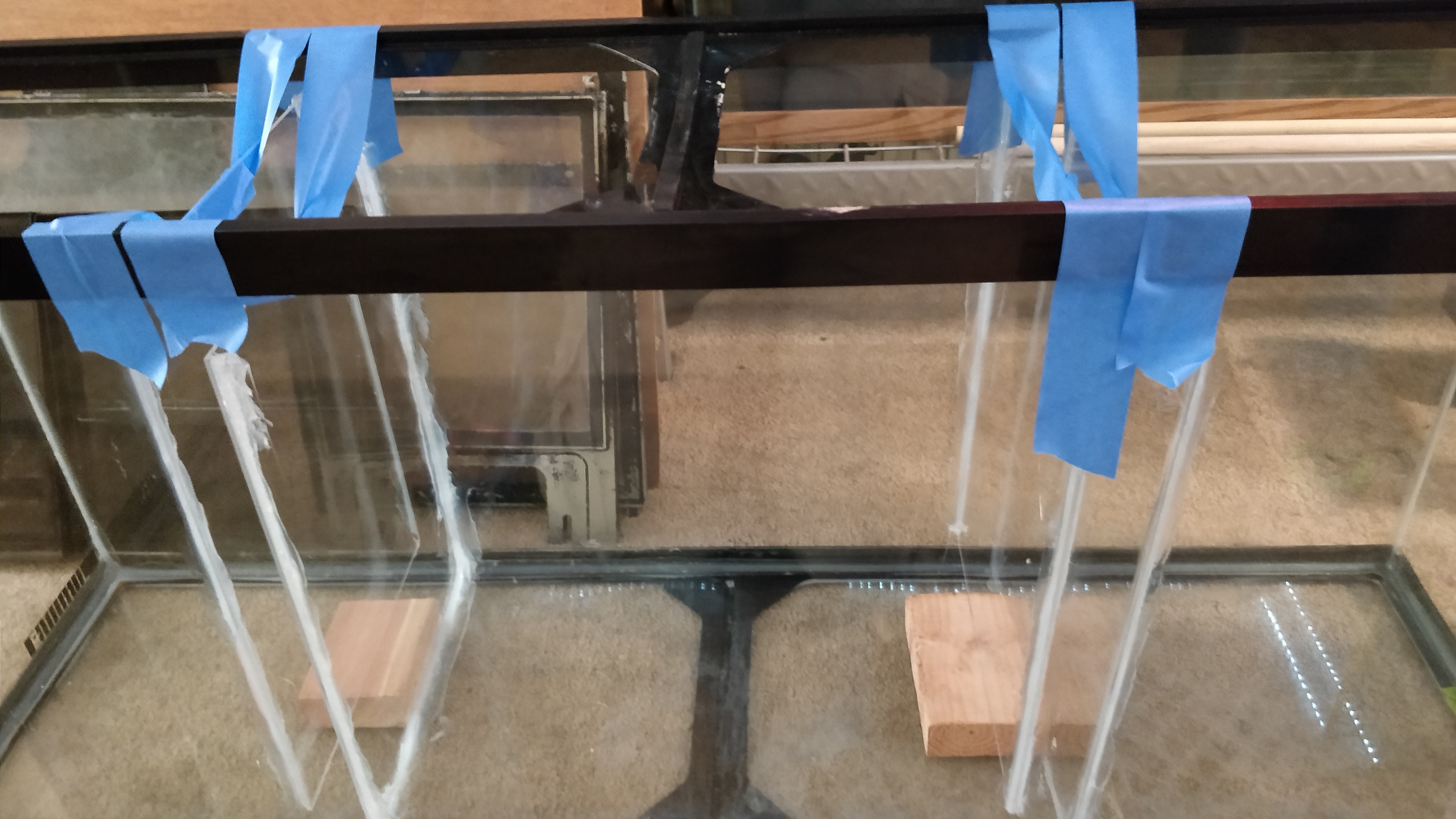