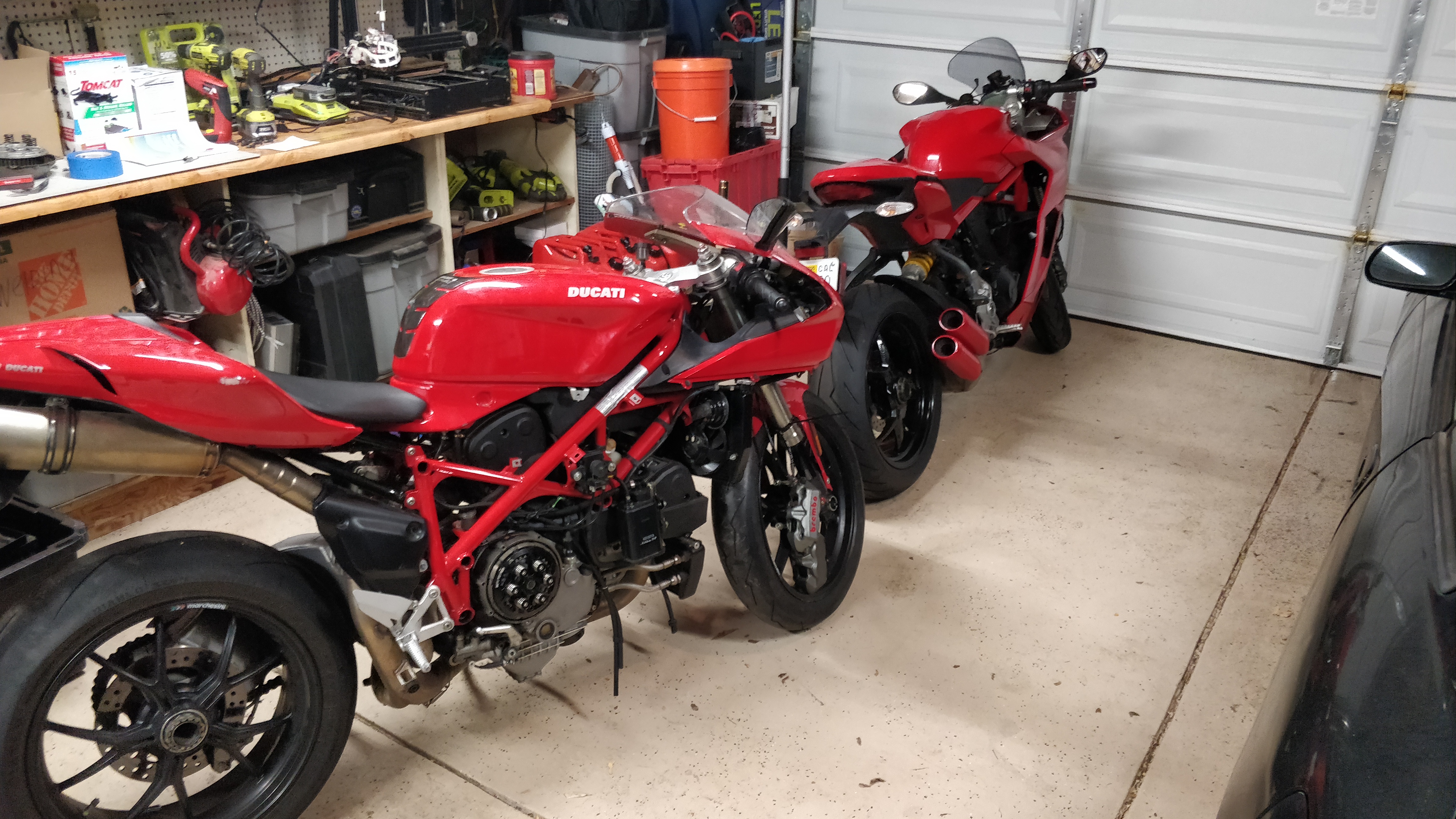 I pulled the bike back apart and then dug into the forks. I had not originally planned to pull the forks so this new leak has been yet another setback. 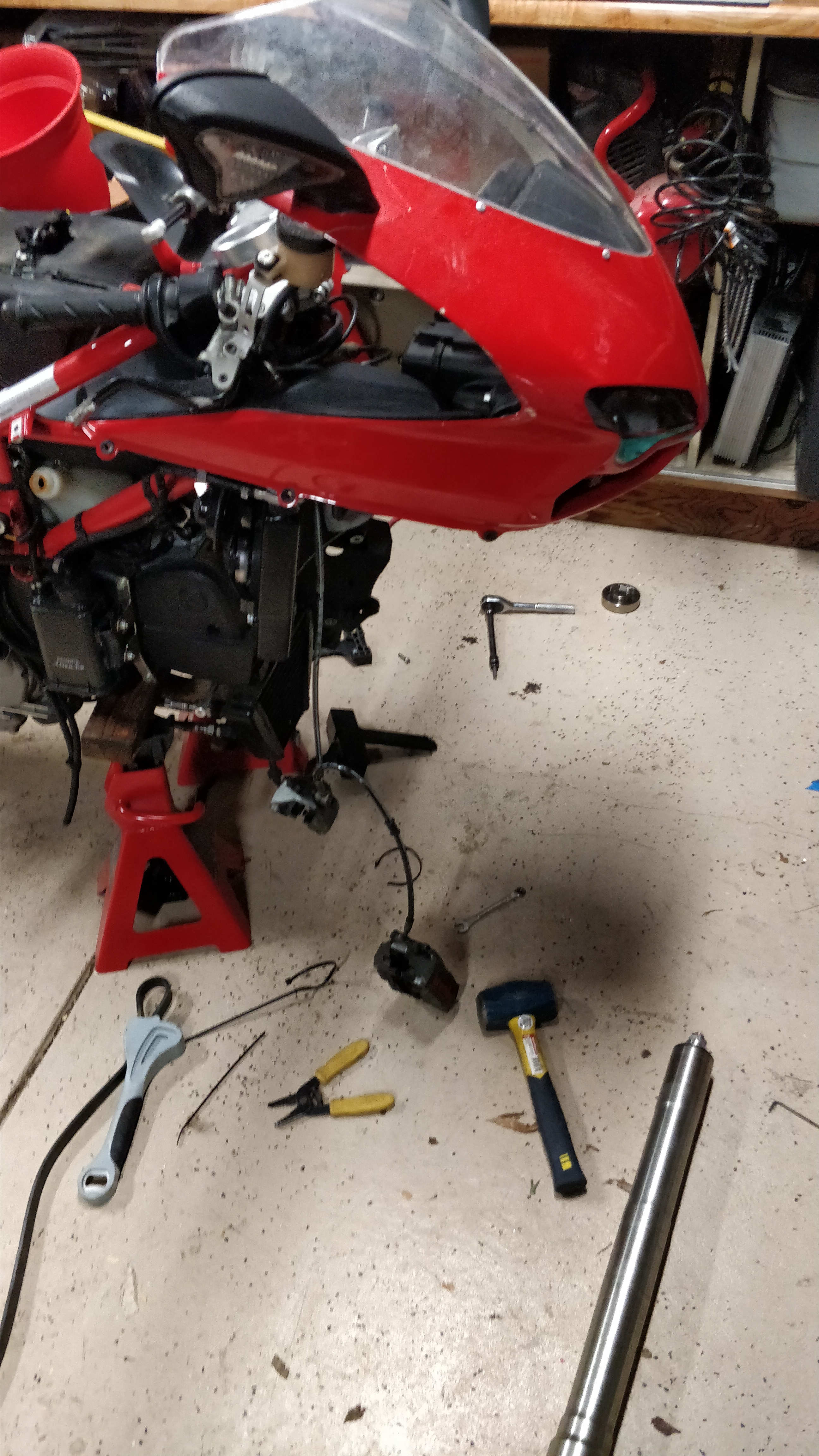 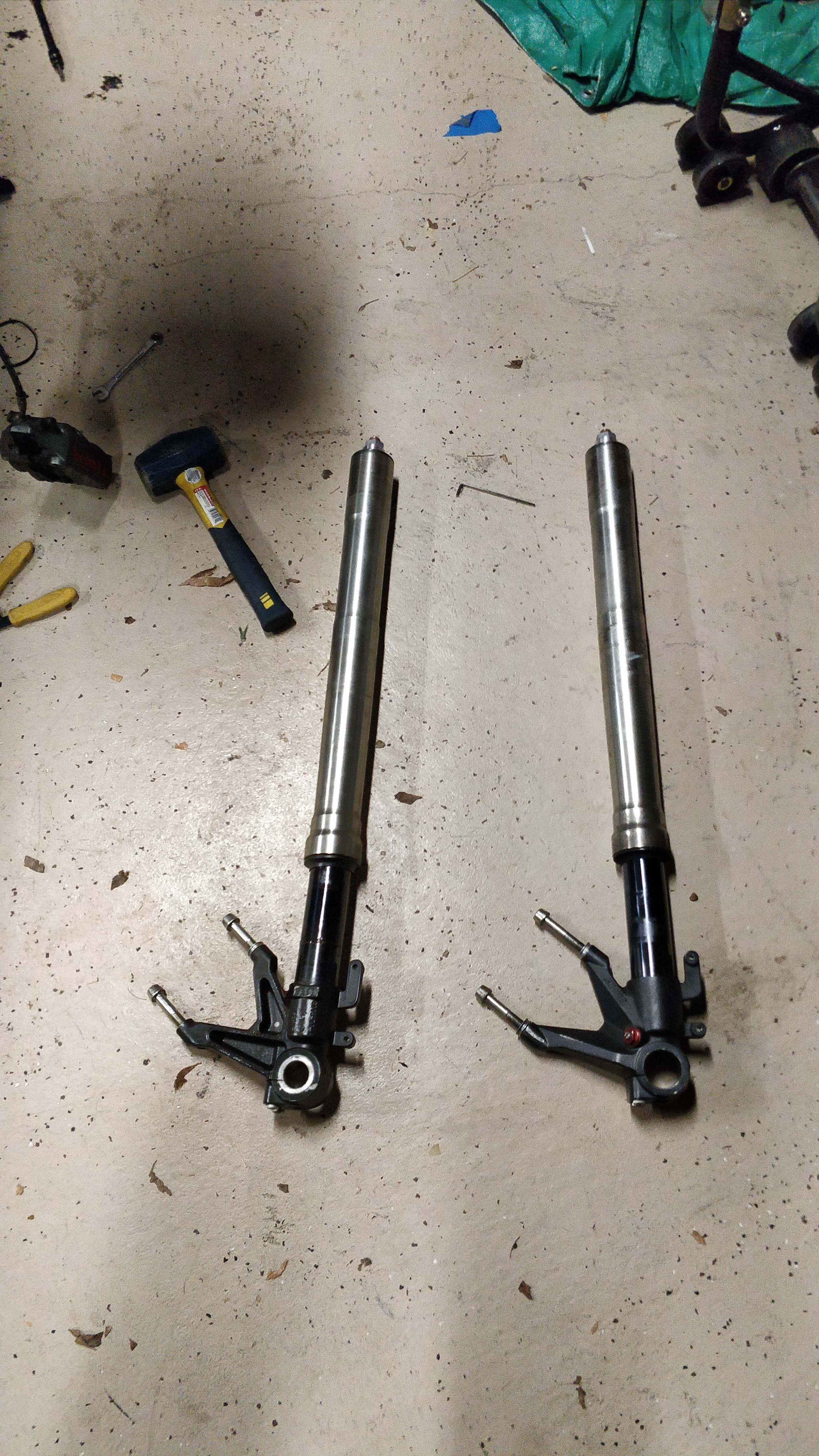 Now with the axle binding issues i feared that one of the forks could be bent but it was not part of the original plan. 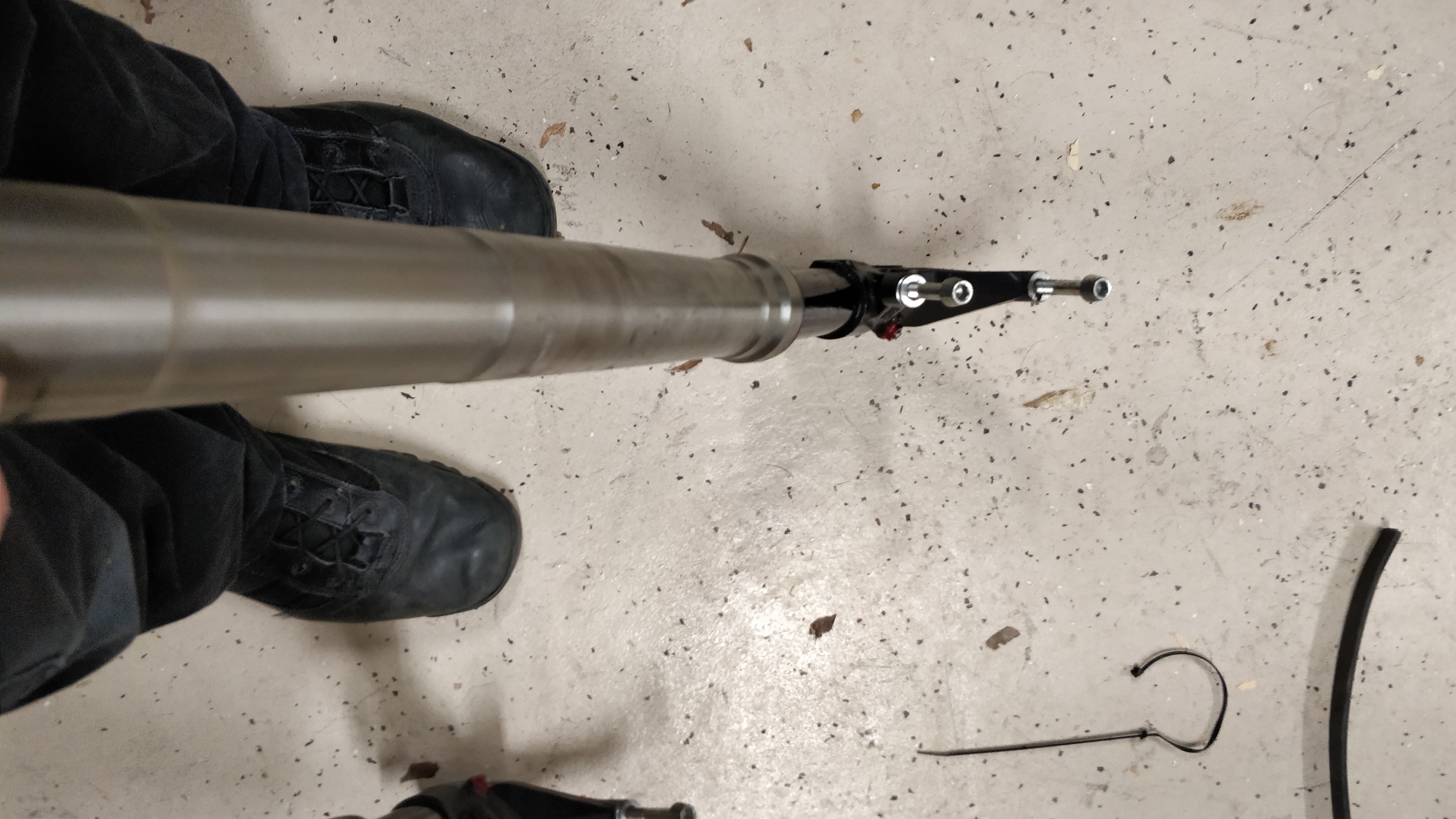 Well %^ yet another setback. $#^&!
So this is the point i say lets make sure the frame is not bent and find the rest of the crazy things that may be hidden so i start a pull down. 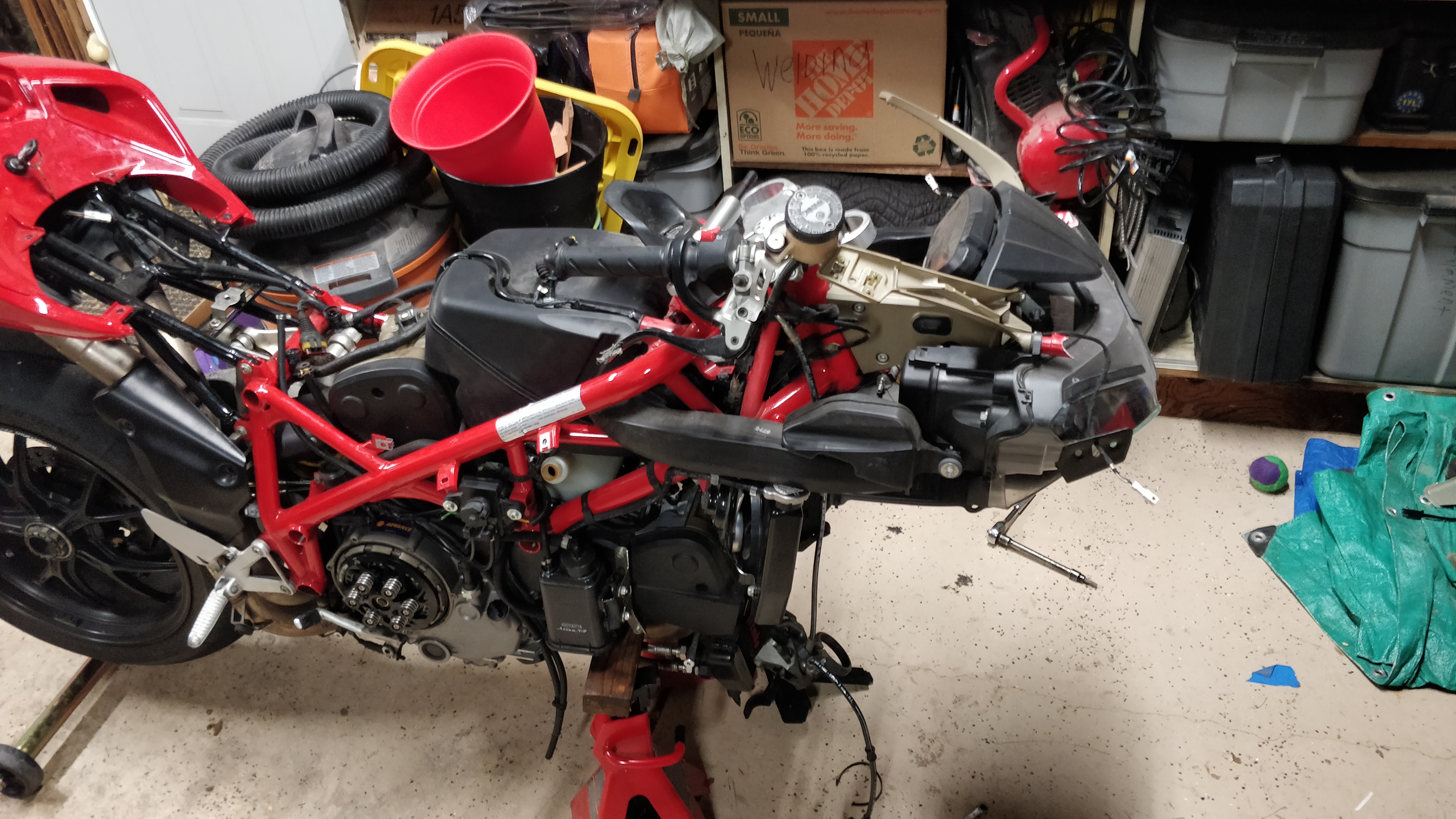 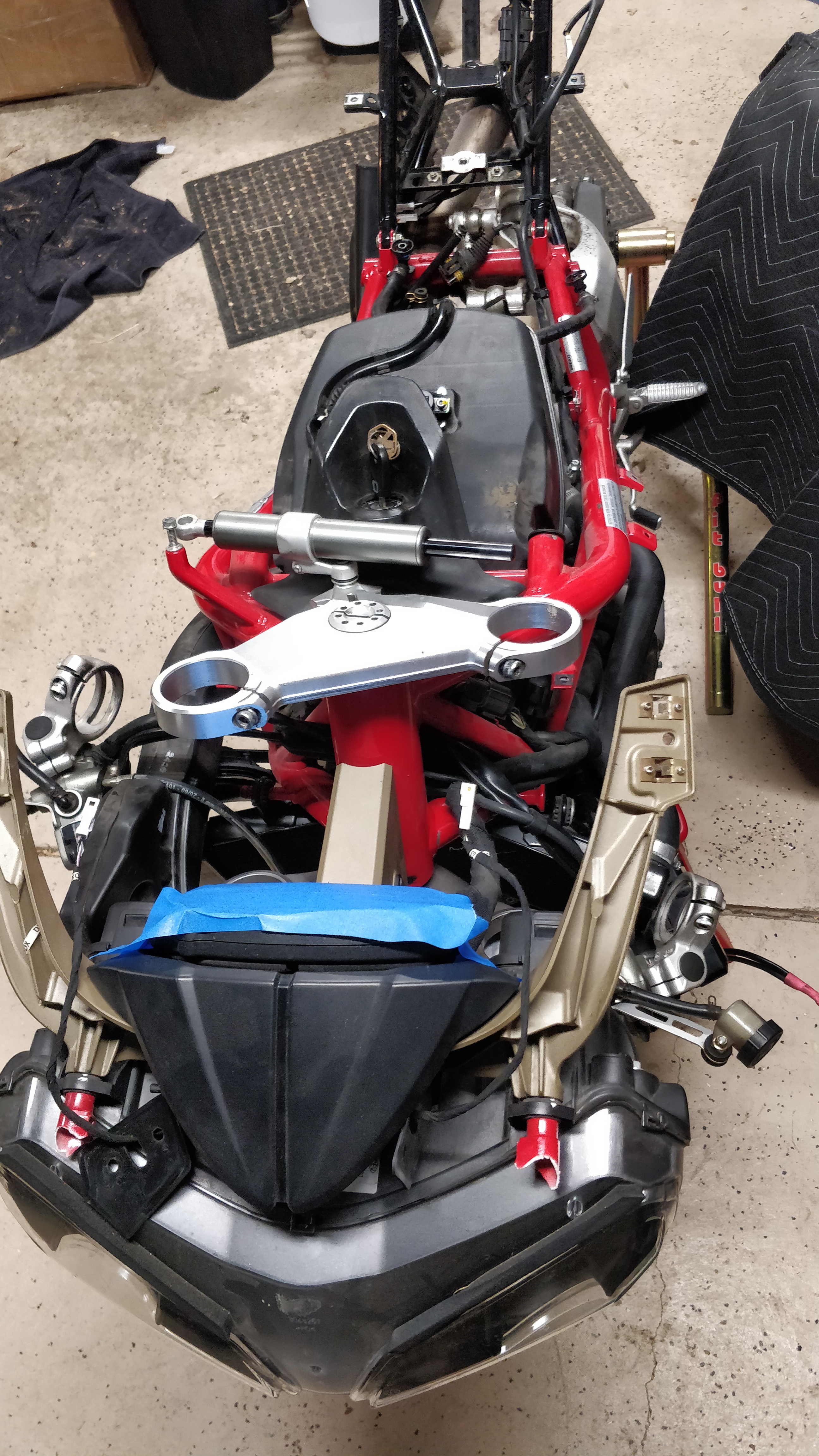 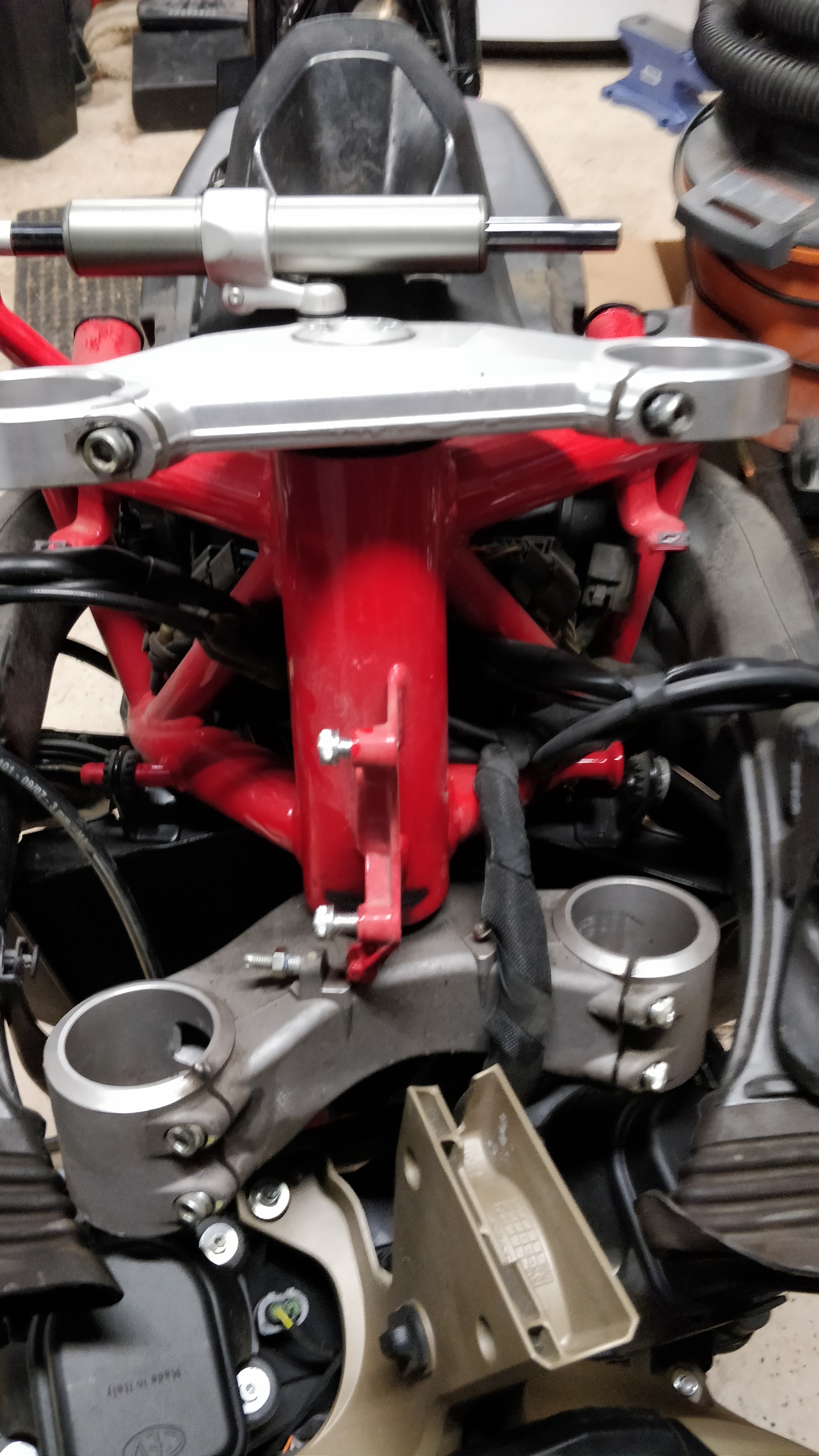 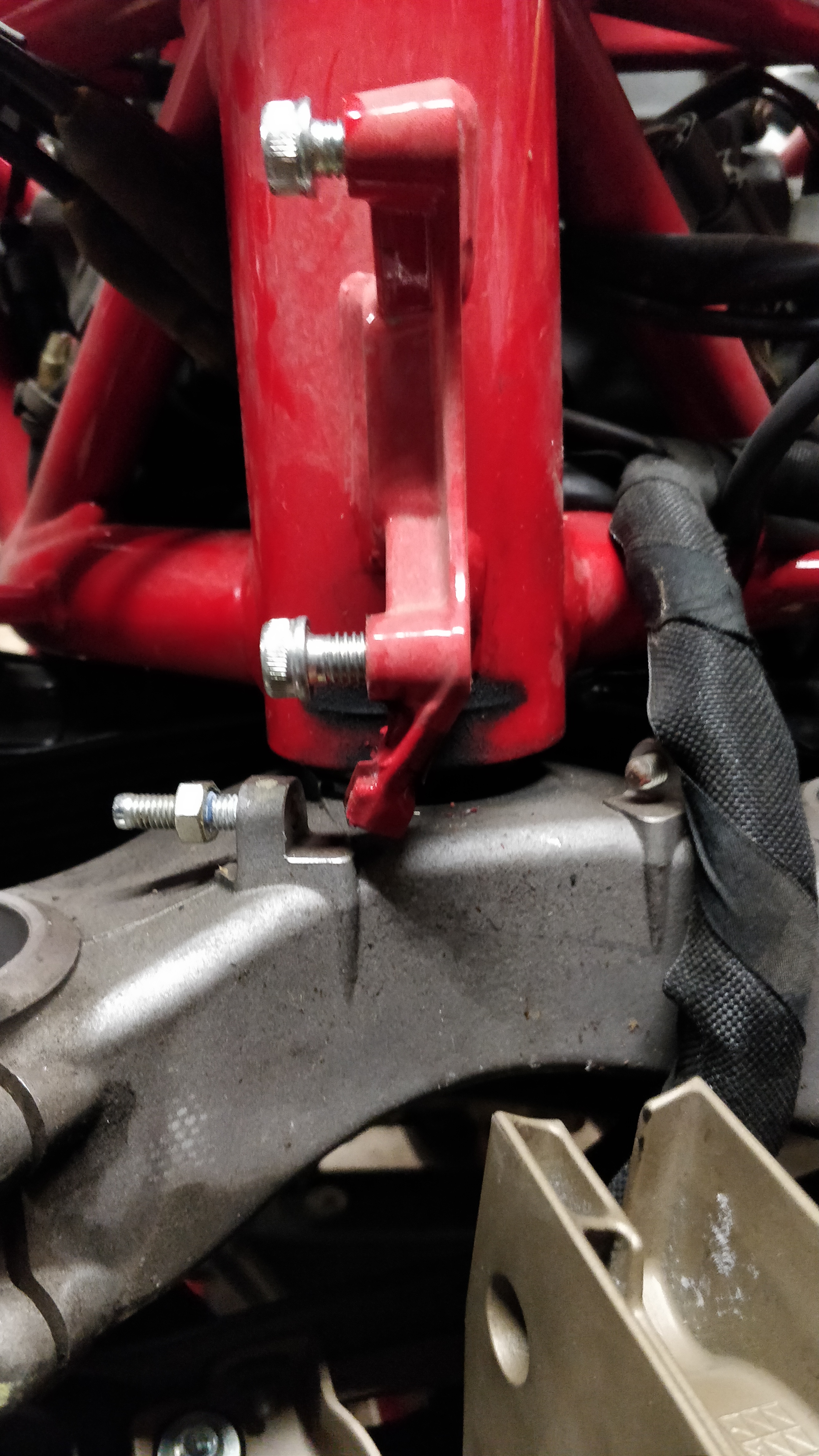 So the steering lock tab is bent i do my best to put it right but its a strong bit of metal here. I inspect the area carefully and find this suspicious bulge in the paint that looks like buckled pipe. 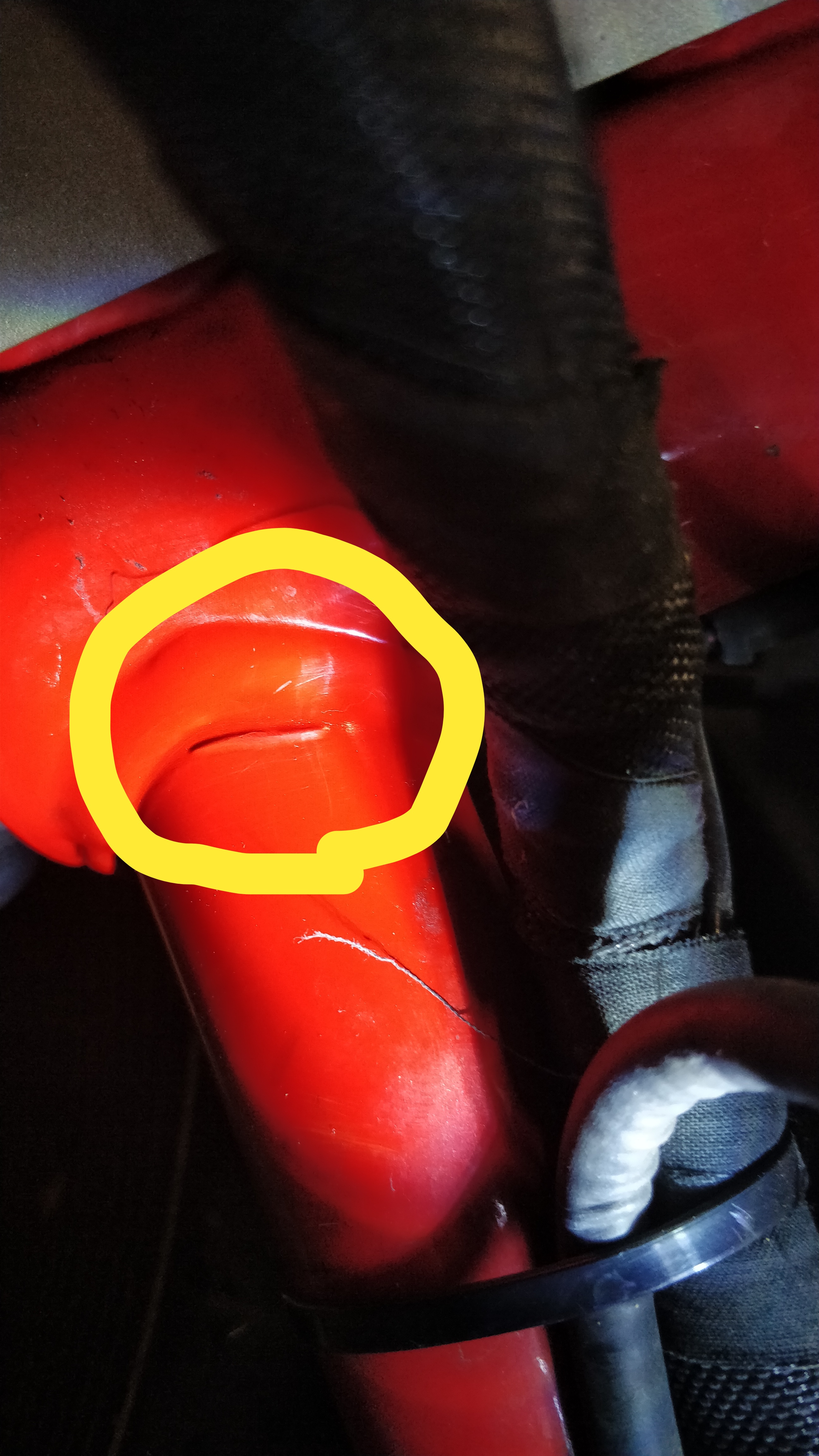 I freak out a little but decide to take a razor to it to verify its not some sort of paint flaw.

Ah finally some luck it was just a paint flaw nothing wrong under the paint here. 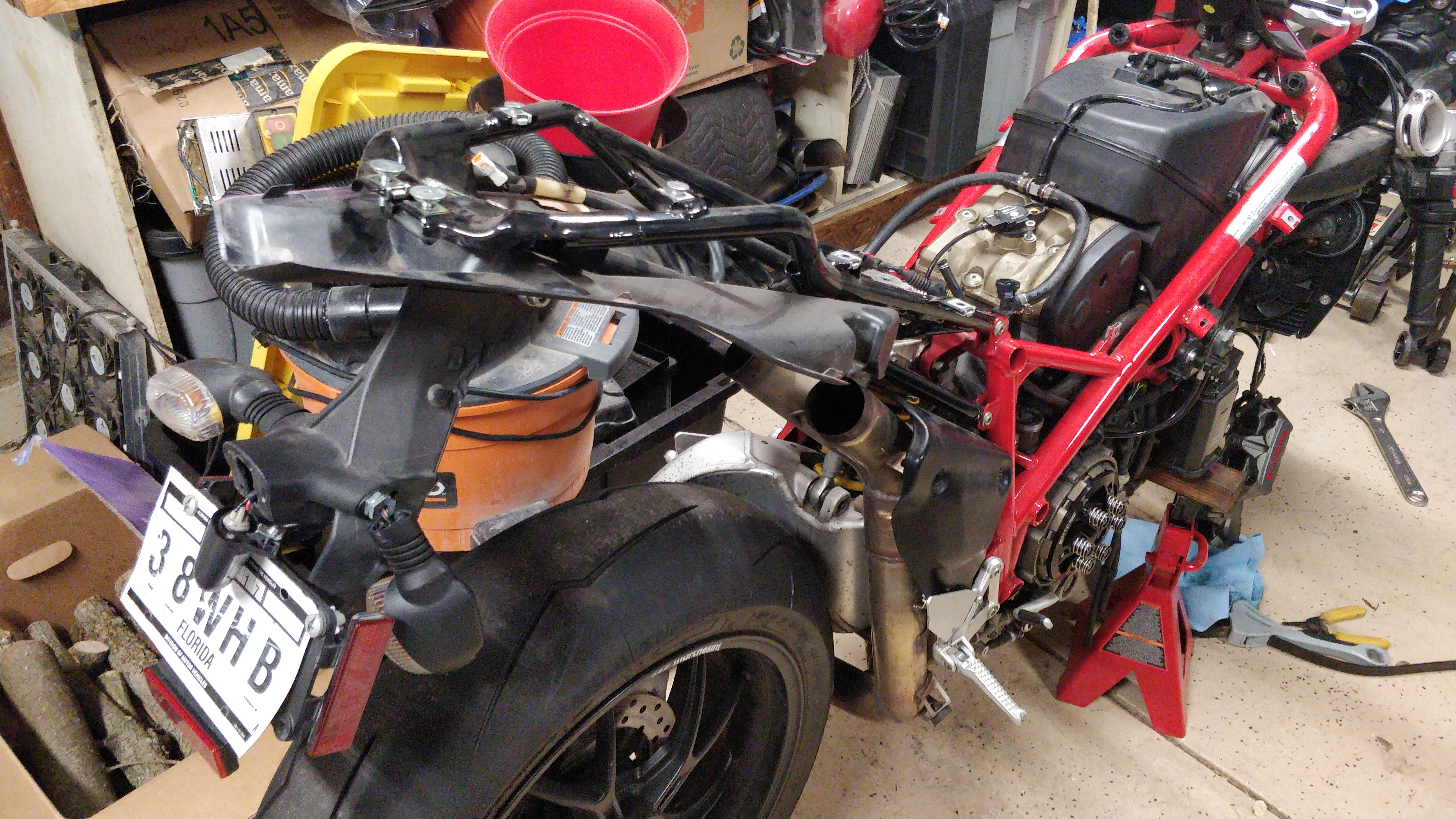 The right blinker is broken as is the license plate light. I'm not thinking CHP or a brake an light inspector is going to let me fake my way out of these so i pull it. I find that it is a bit melted and i have to replace the whole assembly. 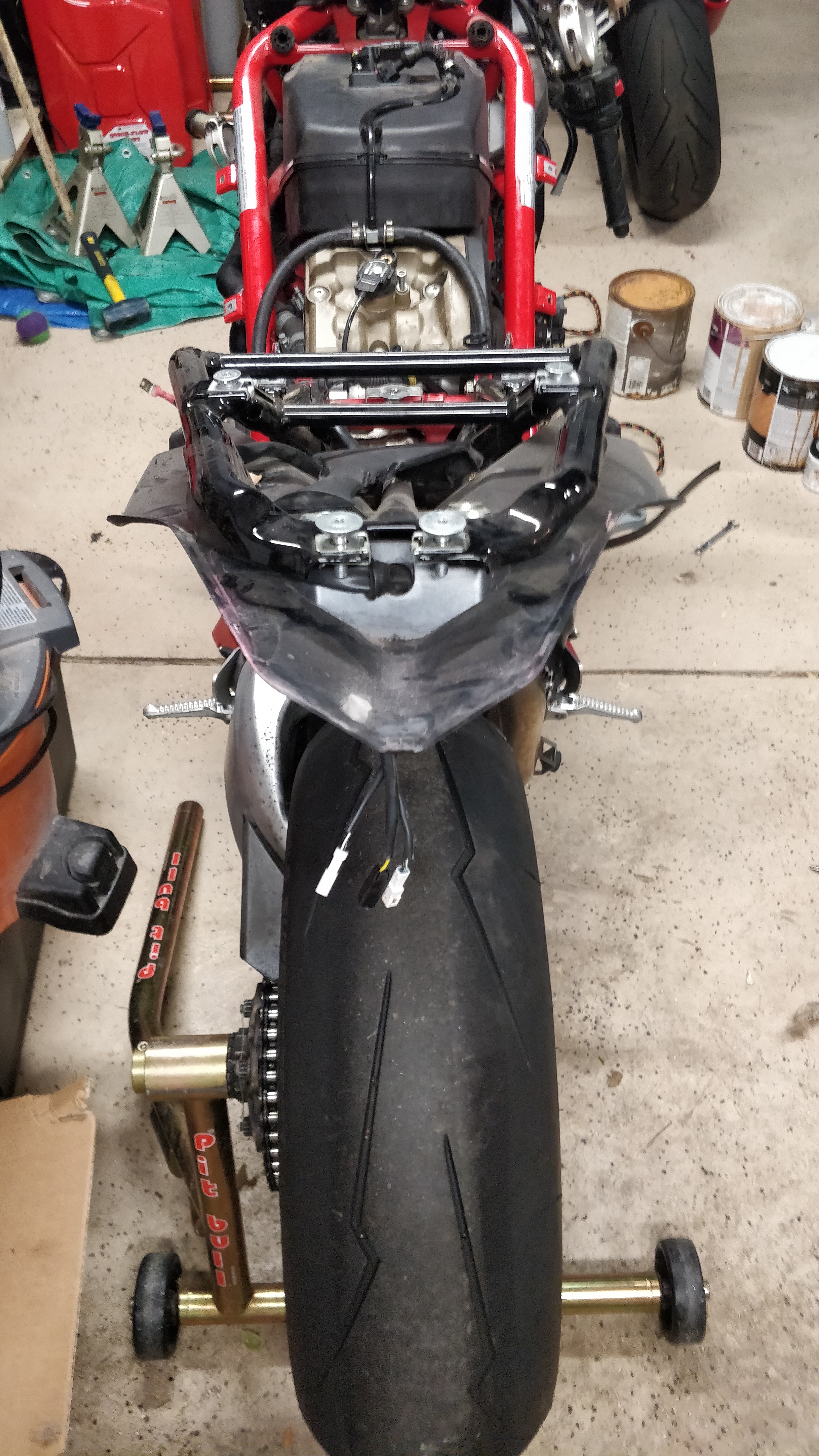 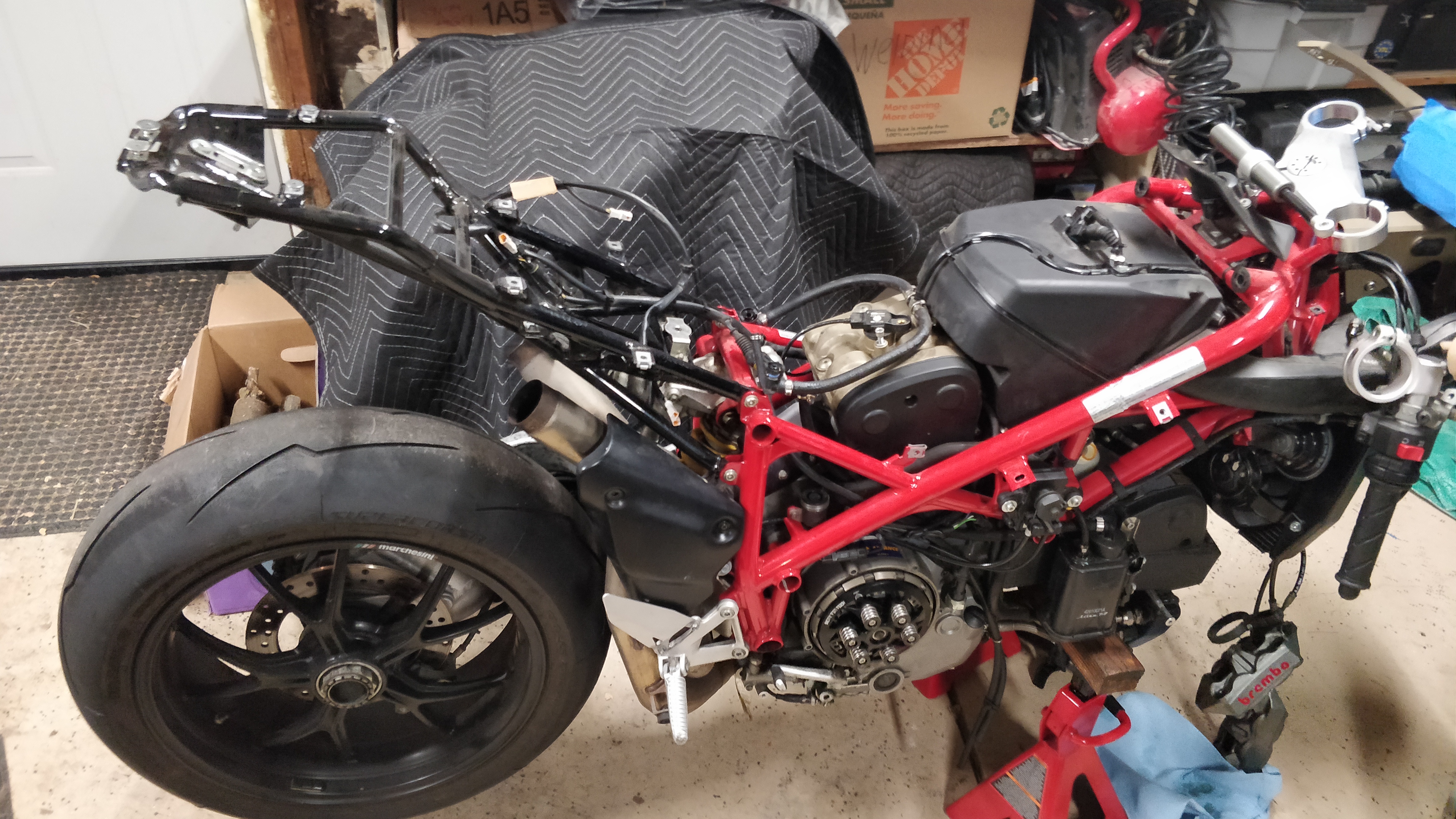 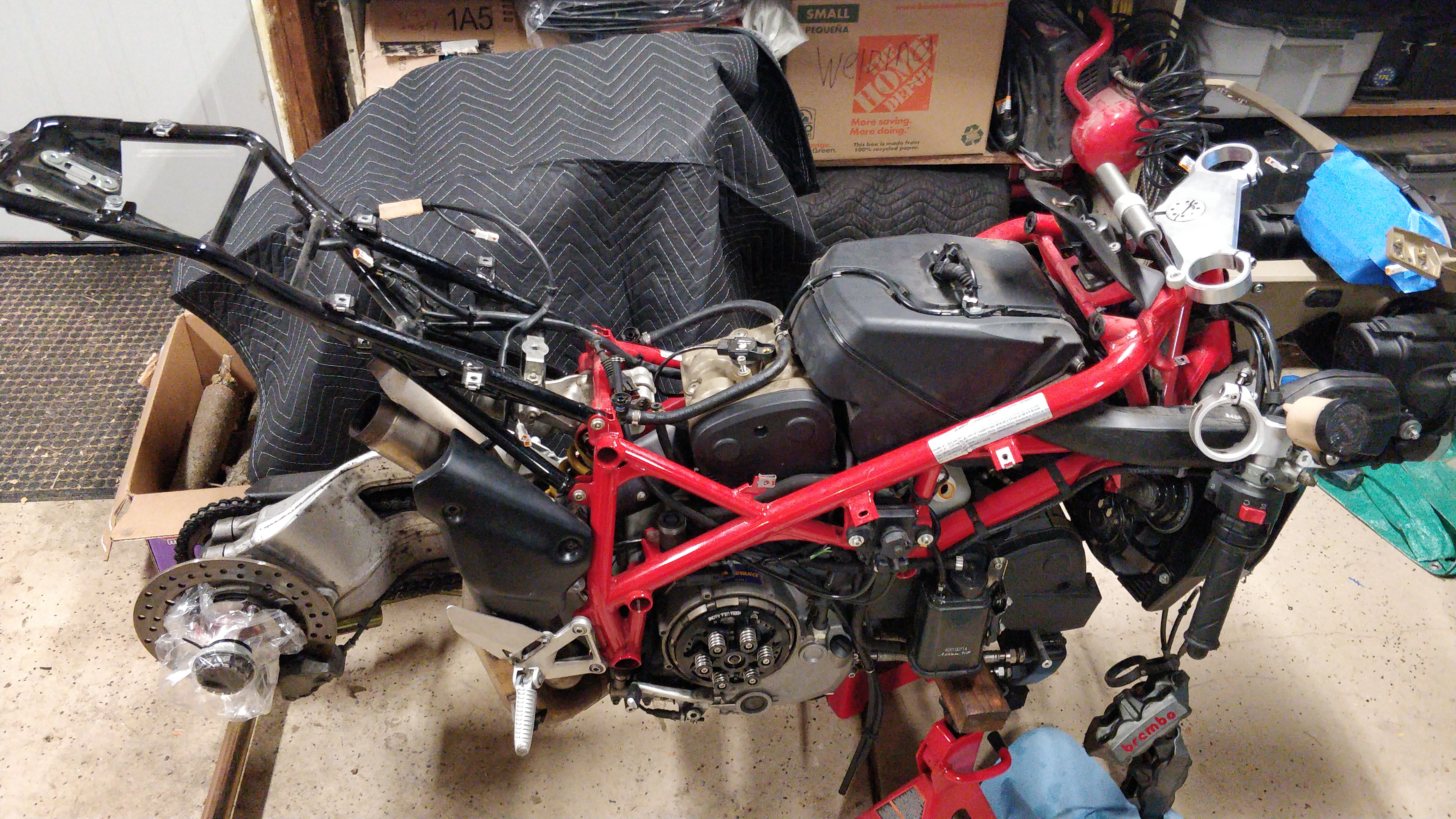 I made notes of the numerous other parts i will be needing to get this thing on the road and called it a day.