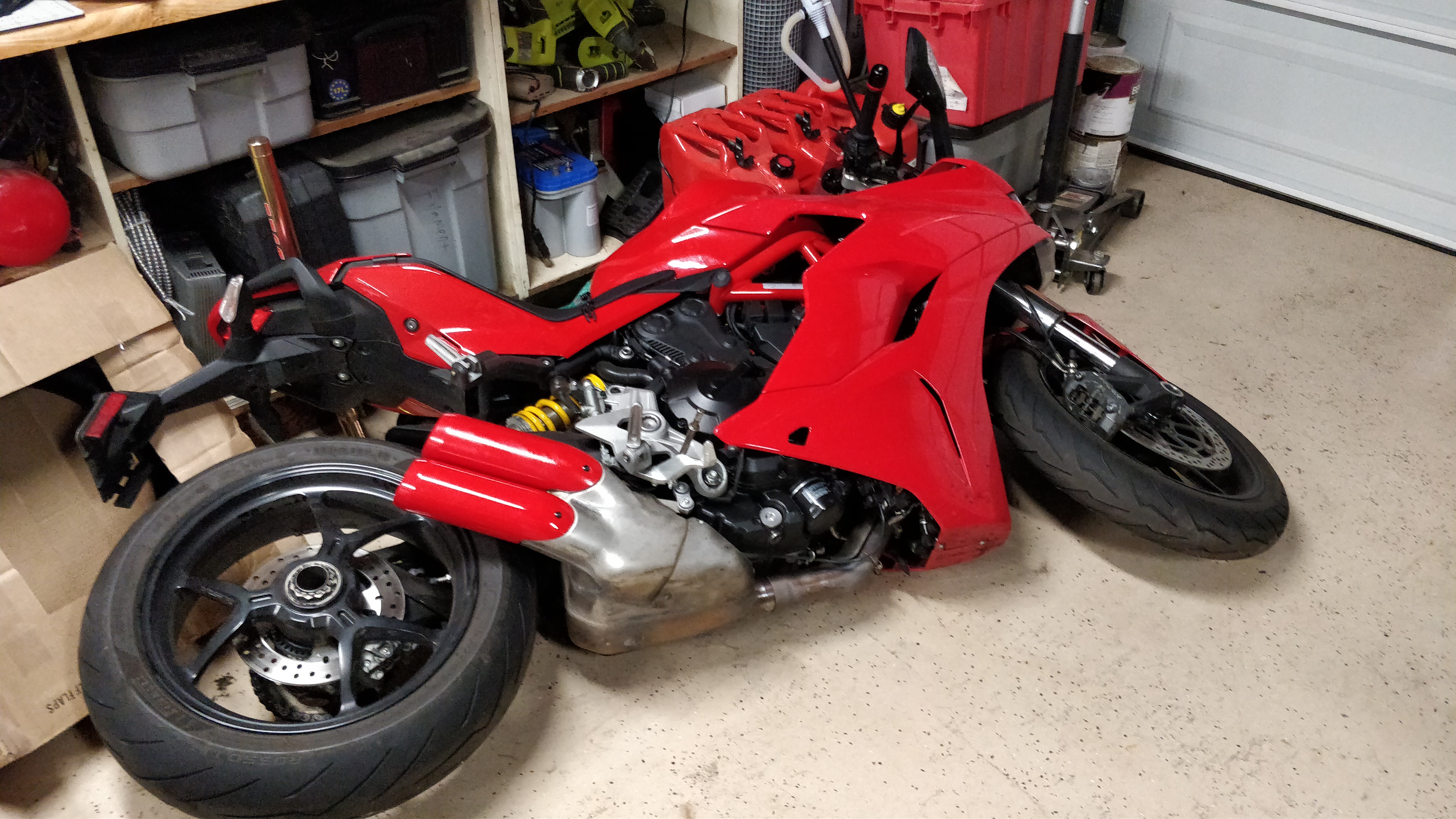 Its a really sad image. Lucky i was holding it and set it down fairly nicely.
This was my only casualty.
I knew it was going to snap off if i tried to bend it back but i had to try anyway it was not going to do me any good like that. 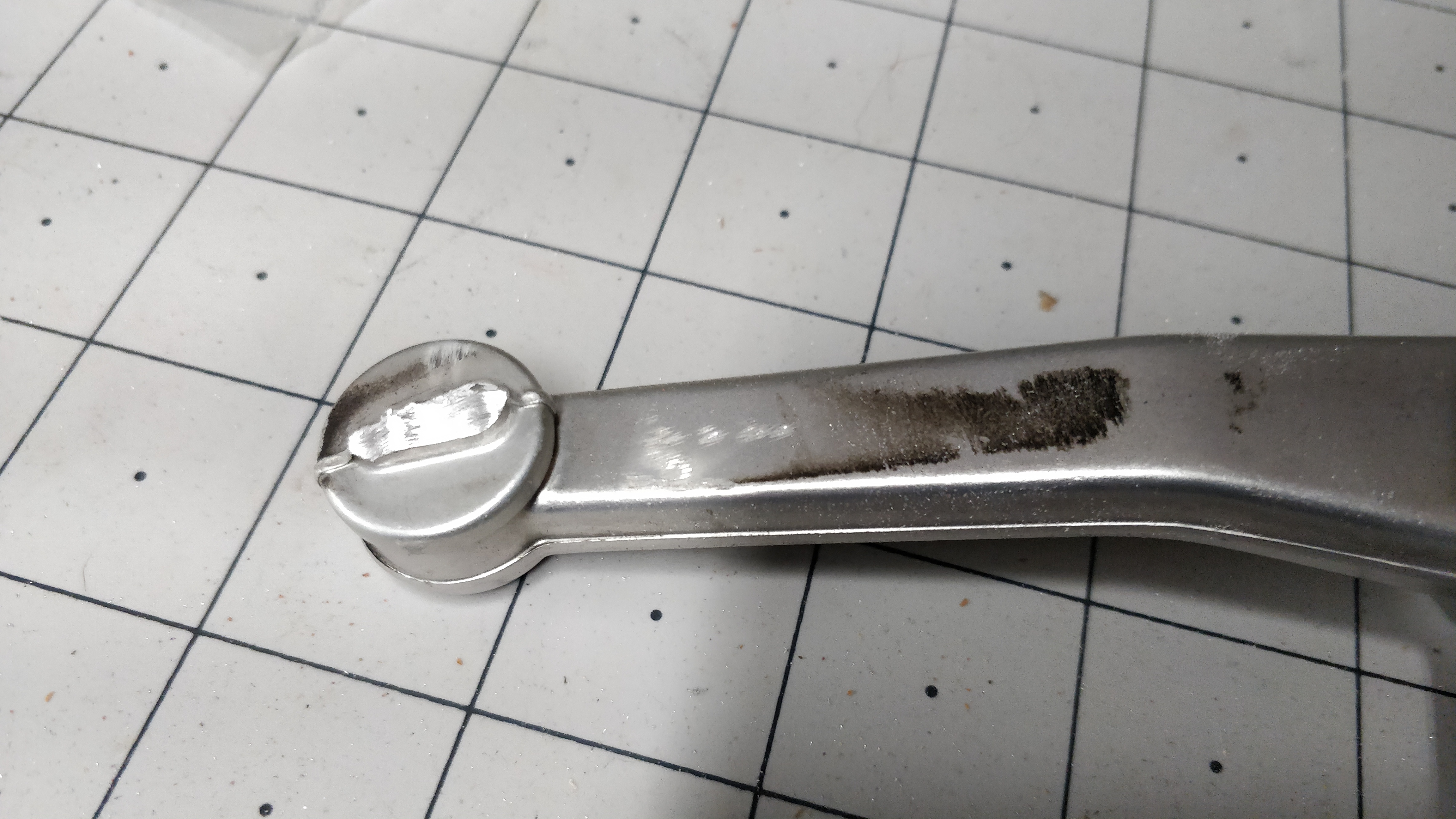 So here is my issue. At this time the part is being recalled and the new part is not available so the only way i can find a new one is a salvage or a shop with one on the shelf... I could go after market but was not really feeling it. 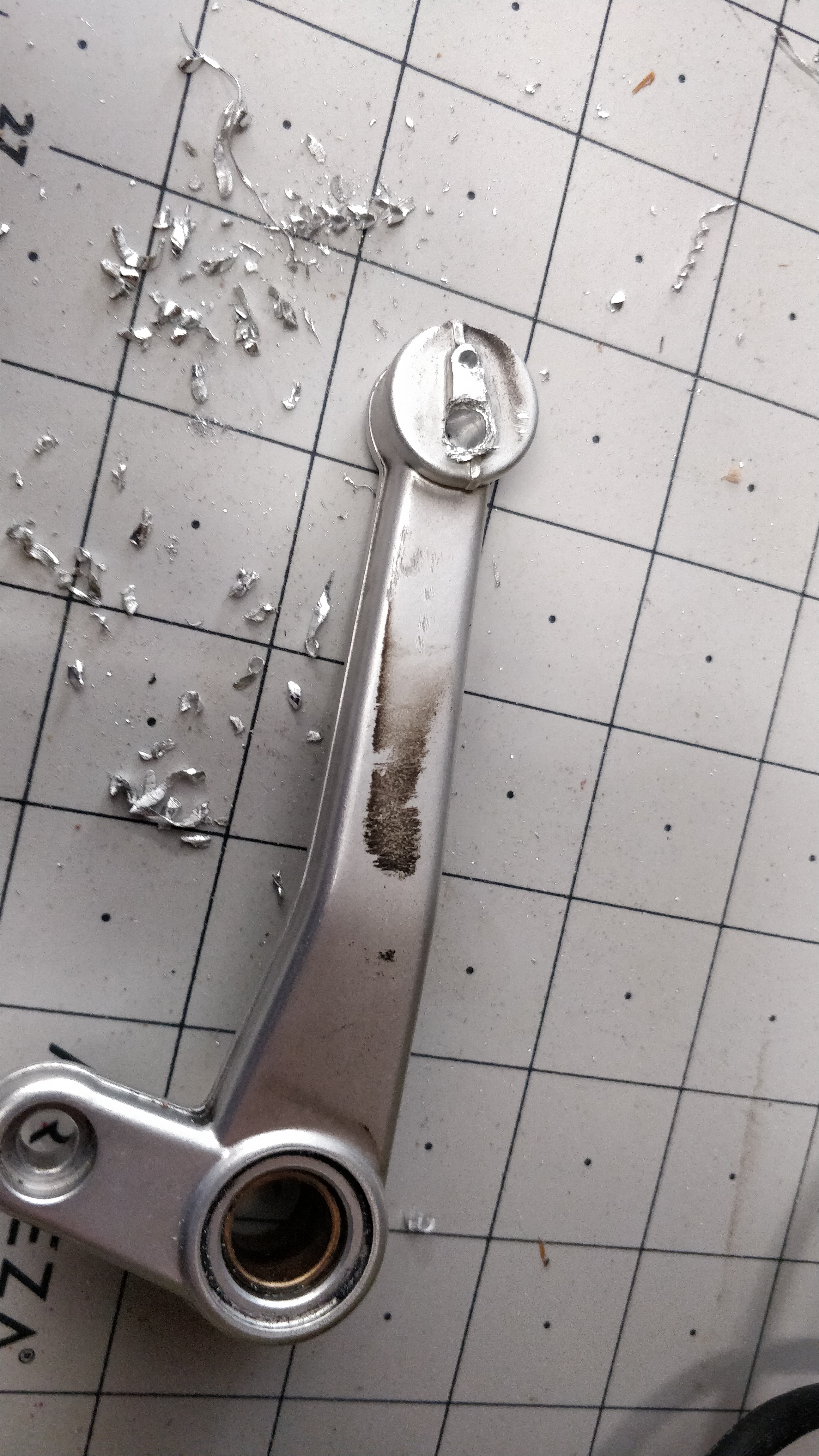 So i set to work making this one usable. I decide i will drill it out and put bolts an M5 and an M6 to match the thickness of the part that broke.

I broke my cheap tap the second it bit into the aluminum. After carefully working the bits out I got some better taps. 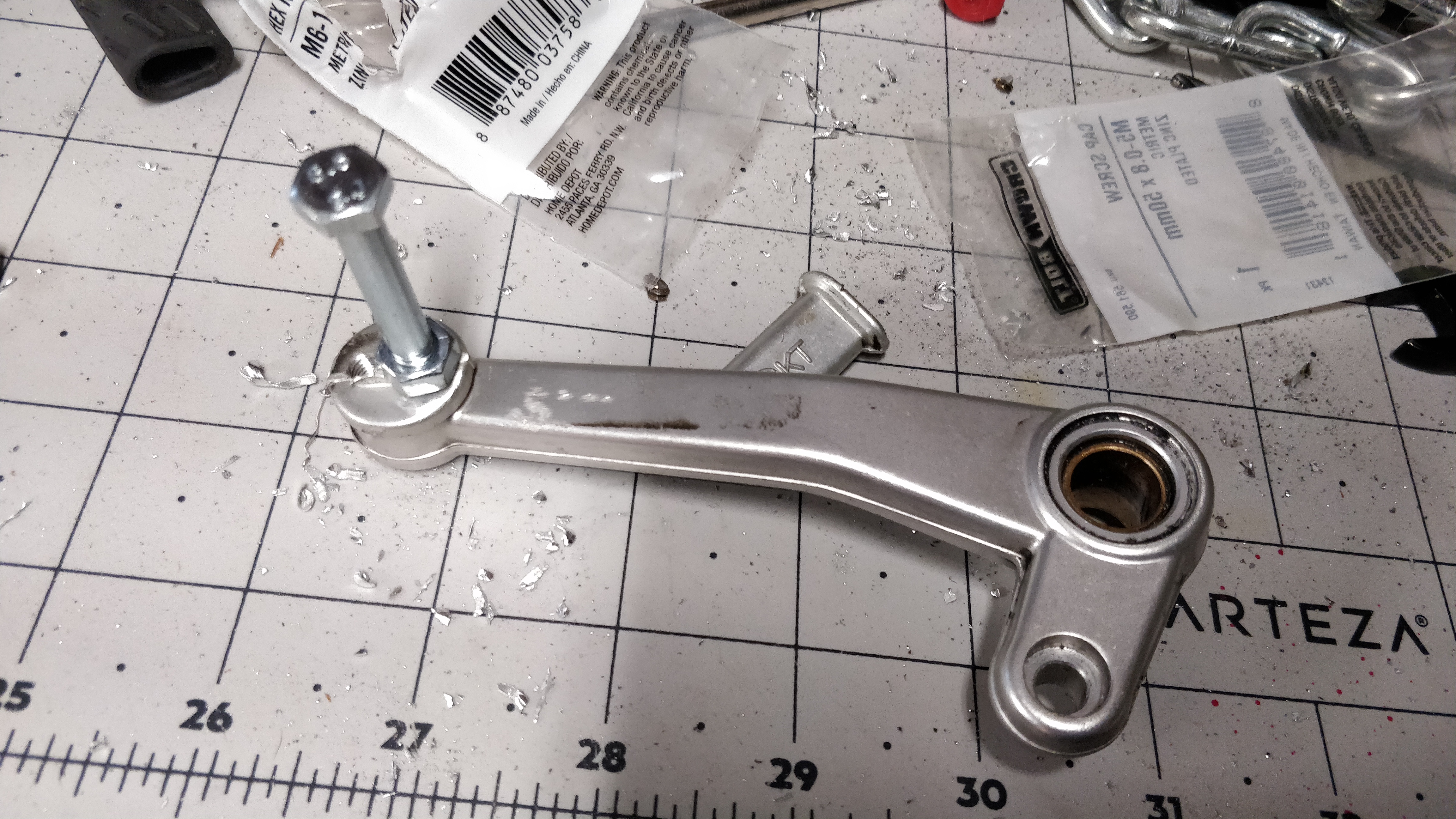 Finishing up the holes with the proper taps took less time than fighting the broken tap out of the shifter. 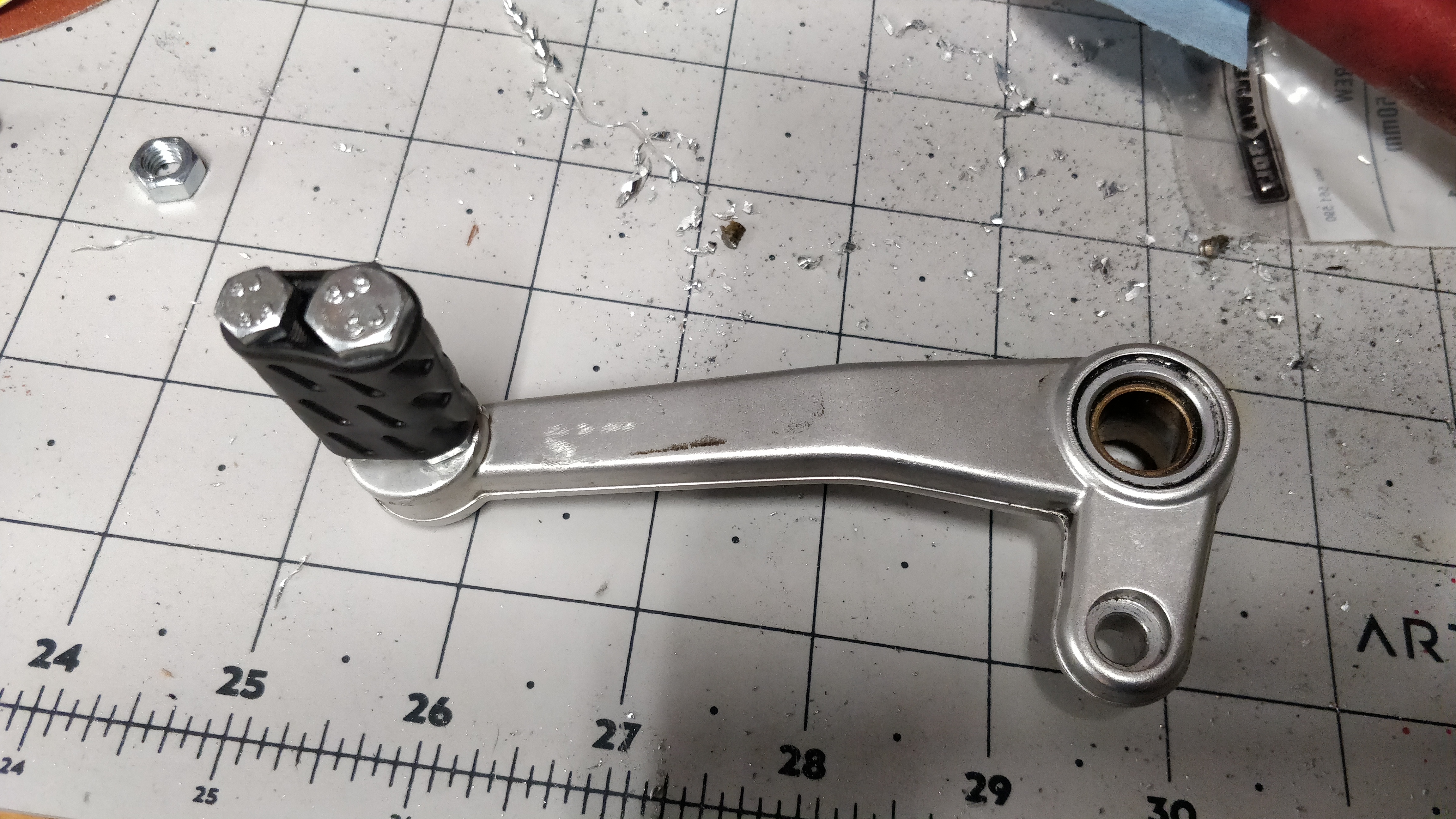 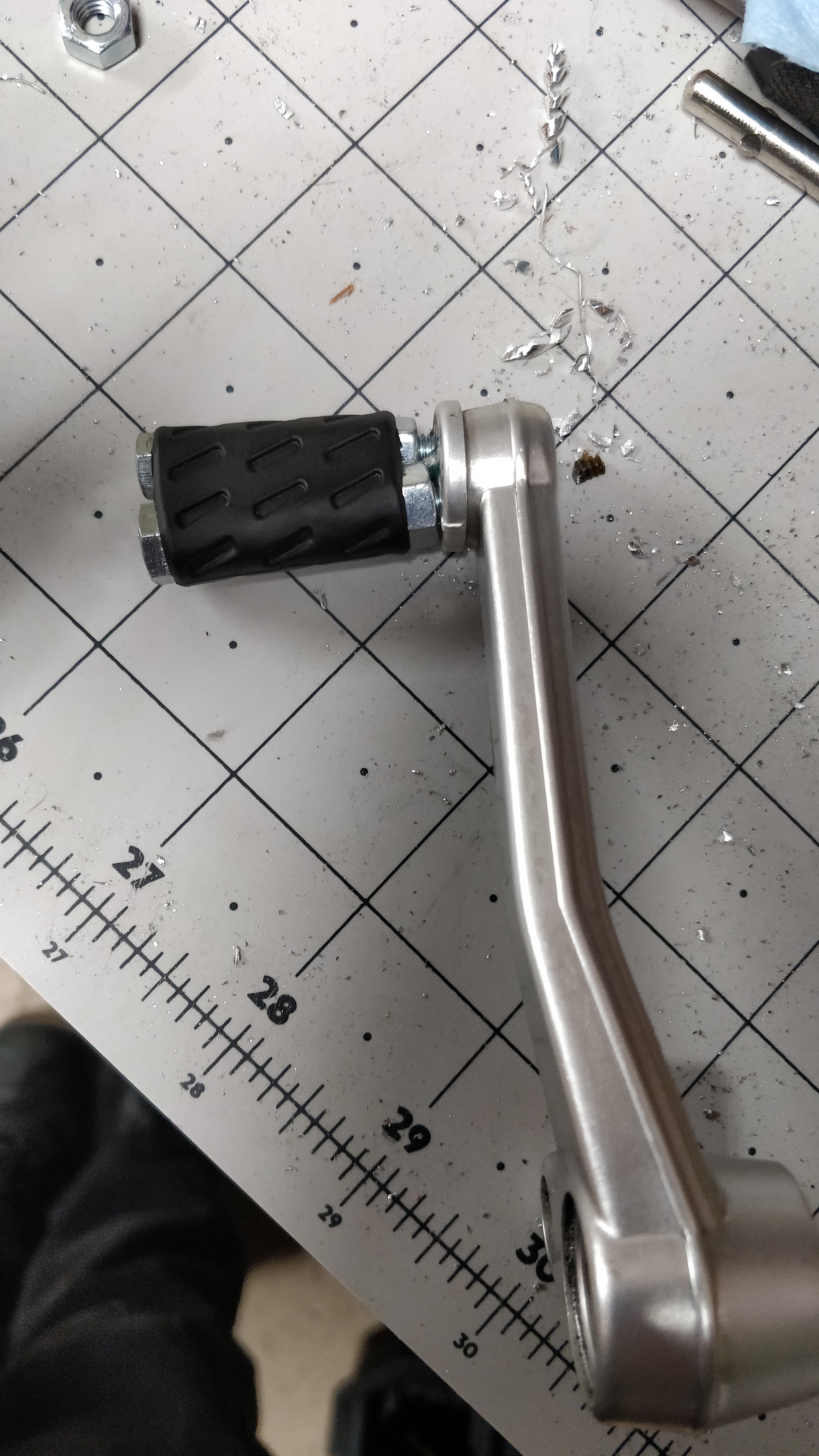 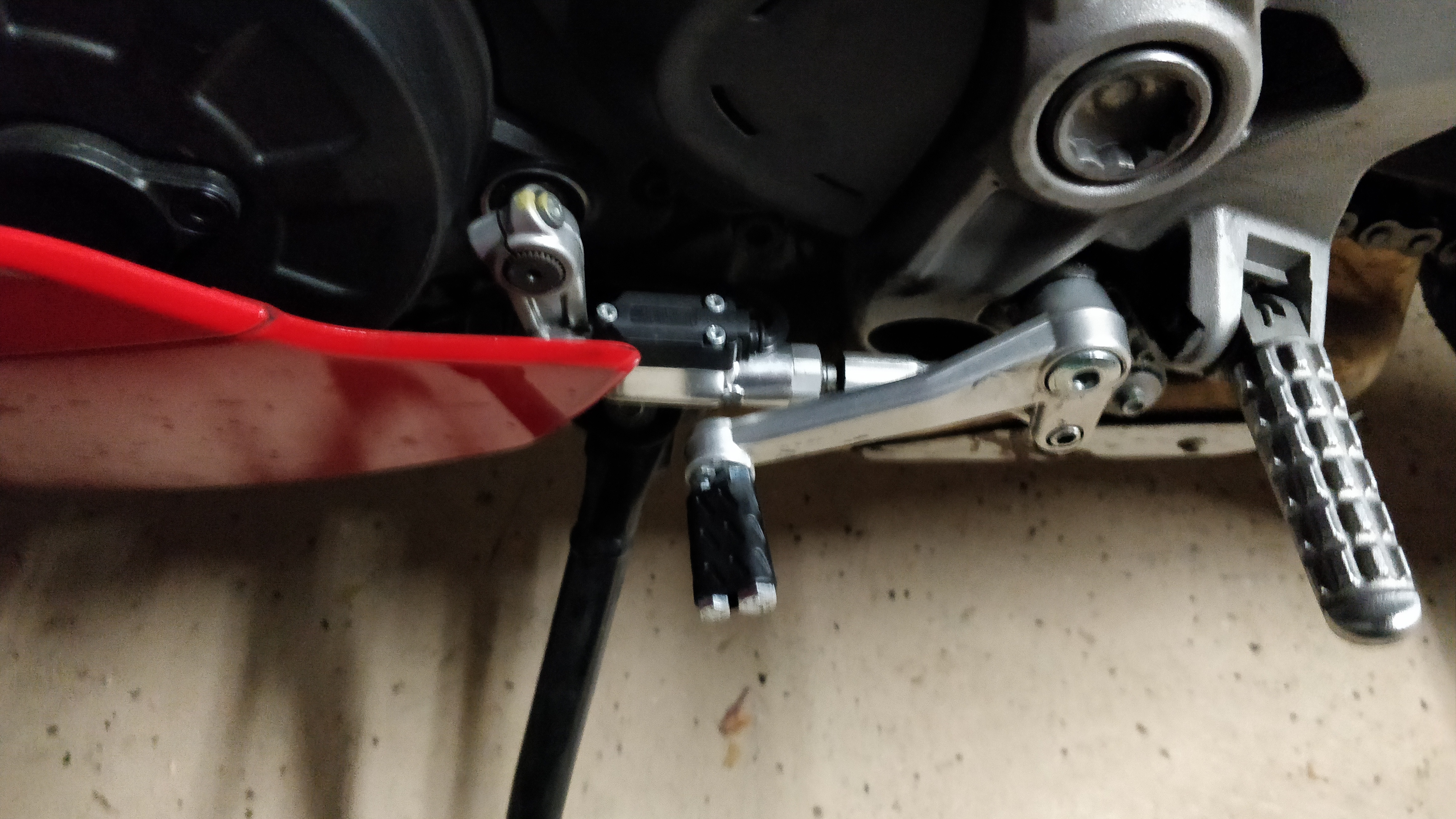 Reinstalled and it looks ok. I put 100 miles on it and it felt fine. Somebody warned me that because the bolts are steel if i were to dig them into the pavement it would dig in instead of scraping away like the stock aluminum if i leaned over that far. i think the shift leaver is past 50 degrees of lean and my current tires wont accommodate that so i think i will be fine until i get the replacement.